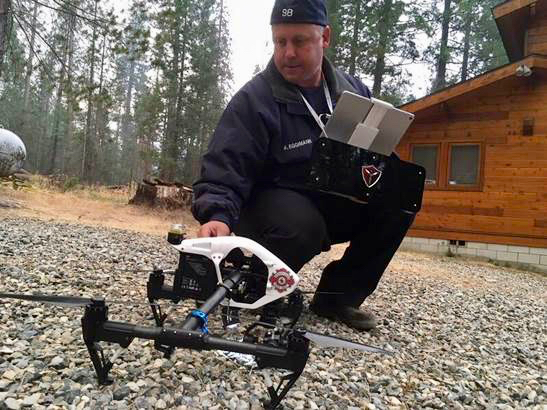 “History was recorded during the South Fork incident in Yosemite National Park with a first-eversanction, that authorized night flights of UAS/Drones in Yosemite, specifically utilizing Menlo Fire’s Drones equipped with thermal imagery to perform reconnaissance missions that confirm the status of containment lines and locations of spot fires or other potential threat,” said Chief Todd McNeal, with the Interagency Management Team, assigned to the fire, said,

The South Fork fire has been burning in steep rugged terrain with difficult access for ground suppression resources, wind and smoke conditions have often precluded manned aircraft flight during the day.