Spotted: Fiery sun rising at start of another hot day in Menlo Park 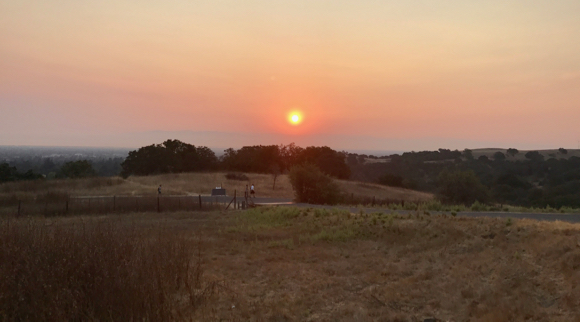 People have commented that “the sun looks mad” as it rises in red fiery glow over the eastern hills. It is signally another hot day in Menlo Park with temperatures forecast to top out at 104 degrees later this afternoon. Tomorrow it’s only supposed to get to 94 degrees. Yikes.