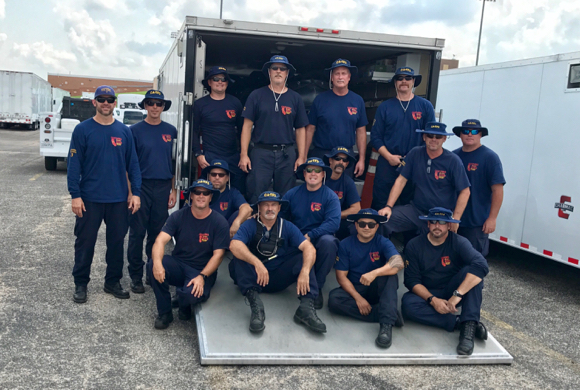 Fifteen members of the California Water Rescue Team known as Task Force 3 based out of Menlo Park posed for one last group photo before leaving Katy, Texas, today at noon and heading back to the Bay Area.

They were assigned to water-based search and rescue operations in the rural areas around the City of Wharton, Texas, and to then to the City itself. The Task Force was one of the only Federal Teams to use Drones for search operations.

This is the first time all 28 National Urban Search and Rescue FEMA Teams have been deployed since Hurricane Katrina in 2005.

Other FEMA Rescue Teams from across the nation have also been released, including Oakland Task Force 4 which will fly some of its 80 personnel home.