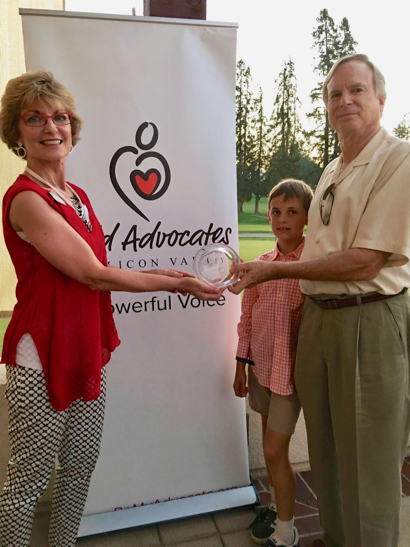 At its 12th Annual Golf Classic earlier this month, Child Advocates of Silicon Valley honored Atherton resident and current Board Member Howard Slayen with the Walter “Skip” Shaw Inspiration Award for his philanthropic work in the community.

For over a decade, Howard’s passion for helping foster youth, combined with his strong analytical skills, has provided guidance for Child Advocates and its board of directors, according to the non-profit. Howard first joined the agency as a Court Appointed Special Advocate (CASA) in 2004 and has advocated for six teens boys during his tenure as a CASA.

In 2007, Howard joined the board of directors, bringing with him 40 years of experience as an attorney, CPA and CFO. Howard is currently serving in his 12th year as a board member.