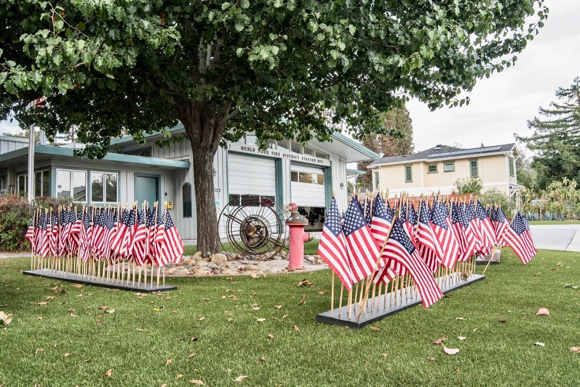 Flags are on display today at all Menlo Park Fire District Fire Stations to pay tribute to the 343 FDNY Firefighters who lost their lives responding to the World Trade Center attacks of 9/11 16 years ago.

A week after the attack, Fire District-sponsored Urban Search and Rescue Task Force 3 would travel to New York City to assist with rescue and recovery efforts already underway. 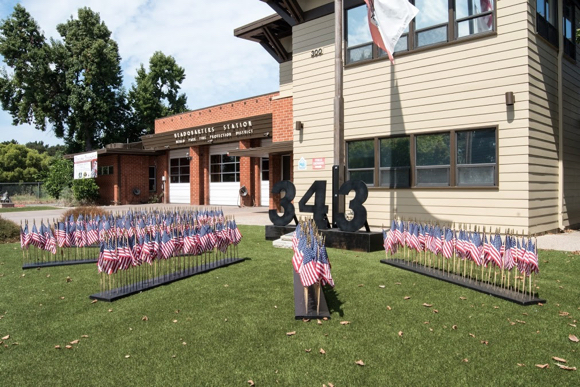 “Displaying these flags for every FDNY Firefighter that lost their life on 9/11 is our way of remembering not just their sacrifice and heroism, but also our vulnerability as a country…” said Fire Chief Harold Schapelhouman. “Those of us on the front line of this struggle have not forgotten what happened.”

The Chief represents a small and shrinking group of local first responders from a variety of Fire Agencies who worked at the site of the World Trade Center Collapse site and were “boots on the ground” representing the Bay Area and California. 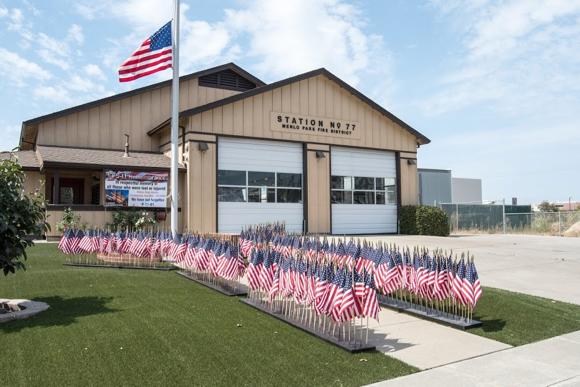 In other Fire District news today, Task Force 3, one of the 28 National Response Teams that responded to the World Trade Center, has secured a permanent 28,000-square- foot warehouse facility in East Palo Alto.

Members of California Task Force 3 are currently on deployment in Florida for Hurricane Irma, but the Task Force won’t be leaving their current warehouse in Menlo Park, which is now owned by Facebook, before the Team comes home.

“The Fire District has purchased a warehouse facility for our Special Operations needs and Urban Search and Rescue Task Force in East Palo Alto,” said the Chief. “We have been renting our current warehouse space for over 12 years. The campus was purchased by Facebook two years ago and while they have treated us more than fairly, we know that their was no room for us on the proposed new Willow Campus”.