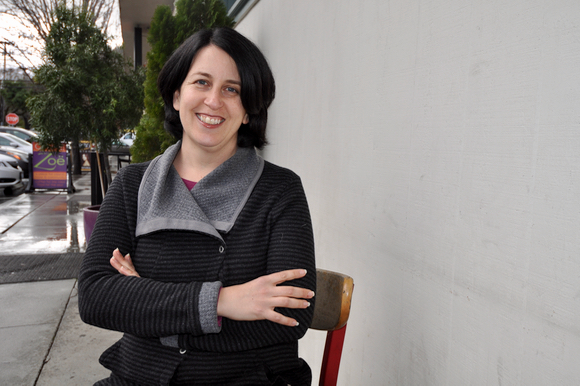 You are invited to attend the kick-off event of the Menlo Park City School District (MPCSD) annual speaker series. Jen Wolosin (pictured), Founder and Chair of Parents for Safe Routes, will deliver “Between Home and School: Why Safe Routes Matter and How to Make Them Happen.” Following Jen’s talk, there will be a panel discussion featuring:

If you’re tired of driving your kids less than a mile to school, are residents of neighborhoods affected by school traffic, and/or are worried about traffic and safety on our streets, come learn how many are advocating for children in our community to be able to walk and bike to school safely, and be inspired to join the Safe Routes movement.

The free and open to the public event takes place on Tuesday, September 19 at 6:30 pm at Hillview Middle School, Performing Arts Center, 1100 Elder Ave., Menlo Park. There is free onsite childcare (and pizza!) for potty-trained children.