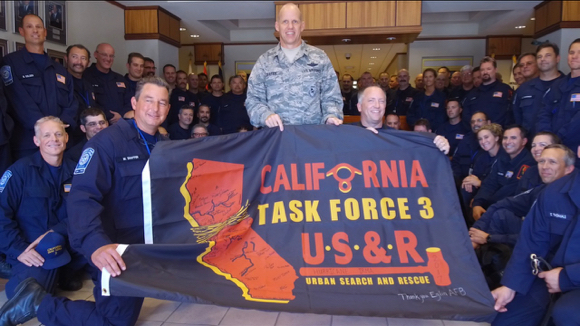 The 81 person Bay Area Urban Search and Rescue Task Force is returning home from Florida, a 2,465 mile journey back to Menlo Park with a convoy of two buses, 11 vehicles seven equipment trailers, and over 60,000 pounds of Search and Rescue equipment.

The team was staged at Eglin Air Force Base where they rode out Hurricane Irma along with other FEMA Task Forces from San Diego, Nebraska and New Jersey, all whom are also returning home.

“The team filled its time preparing for any type of potential Search and Rescue mission and also used the opportunity to conduct small group and full team training sessions,” said Mike Shaffer of the Menlo Park Fire District, a veteran of the team’s response to Hurricane Katrina.