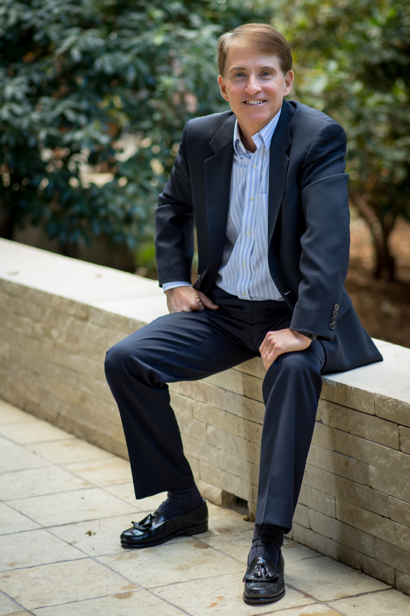 If you want to know what Atherton resident Steve Westly thinks about various issues of the day, his thoughts are easy to find online — both through his Menlo Park-based venture capital firm, which focuses on clean technology, and elsewhere. You can even hear him in person this coming Thursday, Sept. 28, at 7:30 pm when he talks about How the Clean Energy Economy Is Helping to Address Climate Change as part of the Acterra Fall Lecture Series.

So we chose to take a more personal approach, talking to the former State Controller and Democratic Party leader about early influences that shaped the Encinal School and Menlo-Atherton High School grad’s life, particularly his heroes.

One of those is his second grade teacher at Encinal, Joan Poulter. “I was struggling in school, writing all my letters backward,” he recalls. “But she had faith in me, recognized that I was raising my hand and paying attention in class. She arranged to get me tested and changed my life. There was now a name to my struggles, dyslexia.

“She retired at 65 from the Menlo Park school district but got right back in the classroom, this time teaching the poorest kids in Oakland. She is my hero.”

Steve gives similar accolades to the teachers he encountered while attending M-A, an experience that he describes as “incredible.” “I had some of the best teachers I ever had in my life,” he says. “They were all invested in me, wanted me to do well. And of course there was Coach Ben Parks, too.”

John W. Gardner, who served as Secretary of Health, Education and Welfare under President Lyndon Johnson and who later founded Common Cause, is the man Steve singles out as his biggest hero. “He was teaching at Stanford while I was there.  I was one of the few students who wanted to go into public service rather than take a job on Wall Street.

“He took me aside and said: ‘Steve, do yourself and me a favor and put your financial house in order before you pursue a life in politics. If you go straight into politics your whole life will be focused on winning the next election. Become independent and go into political for the right reason.’ It struck me like an arrow.

“I went to work at eBay, and, lo and behold, I got lucky and was able to do both. I didn’t forgot that I wanted to change the world.” [Note: Steve was successful in running for State Controller in 2002 and made an unsuccessful run for governor in 2006.]

Steve can’t think of a better place to have grown up than the Menlo Park/Atherton area. “It was magic because I witnessed the technology revolution but also the great intersection of culture and music.”

He views the area as both changing and staying the same. “I do worry sometimes that people in Silicon Valley have done so well that people who’ve come more recently could feel a sense of entitlement,” he says. “There needs to be core values behind every great company.

“How can we as residents keep the energy going? The essence of Silicon Valley is to reinvent the world, albeit with a higher purpose.”

Currently, Steve is focused on raising a third venture fund for The Westly Group, which he founded in 2007, as well as launching his two teenage children into adulthood. But the gubernatorial election of 2018 looms: “I will come back to public office. I will run again.”