Back to Webb Ranch Pumpkin Patch with first time visitors, a pair of preschoolers 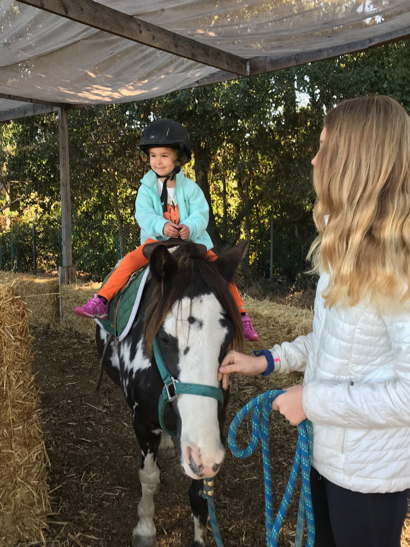 Is it just our perception or is the Webb Ranch Pumpkin Patch more popular than ever this year? We talked about some of the new attractions in a previous post, but returned this weekend with first time visitors, a pair of 3 1/2 year old twins.

They scrambled eagerly into the train ride with nary a look back of the watchful parent and grandparents left behind.

And both experienced a first. Lily got right into the saddle for her first ride on a horse, while her brother Kai looked on with a wary eye. 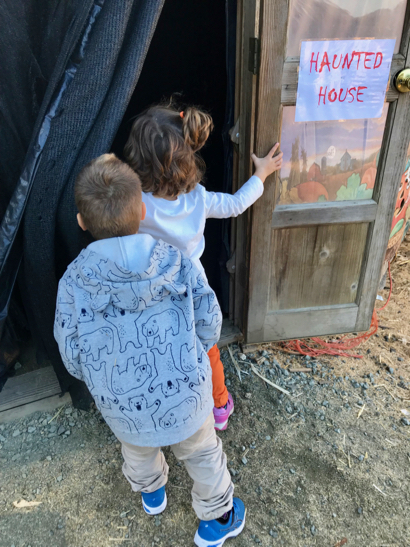 Both twins were very intrigued by the Haunted House and peeked in the front flap a number of times. But only Kai was eventually bold enough to make his way through it.

The reptile house proved a hit with both kids. It’s not everywhere you can pet a Bearded Dragon.

The Webb Ranch Pumpkin Patch remains open until Halloween, although there is only tomorrow and next weekend when all attractions are available. On October 25-27, there will be the addition of carriage rides. 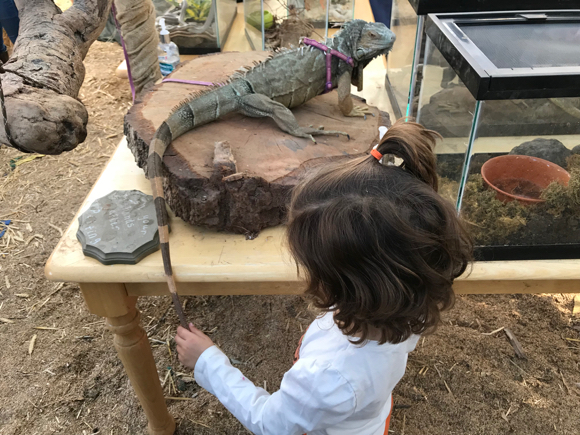