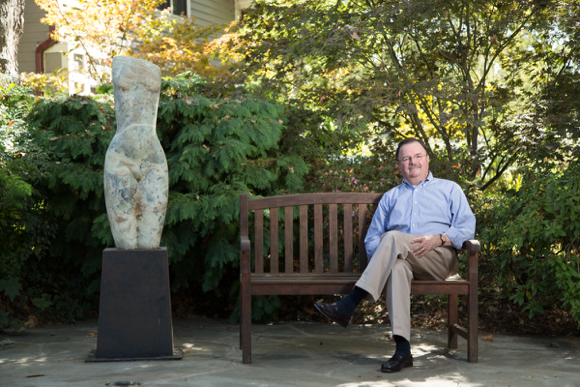 Former California Assemblyman Rich Gordon is the first to admit that he was a somewhat unlikely pick to be named President and CEO of the California Forestry Association (Calforests) given, as he says “my strong environmental record and the fact that I knew little about forestry.”

He, in fact, considered retirement when he dropped his candidacy for a seat on the state Board of Equalization when he came to the conclusion that it shouldn’t be an elected body. But Calforests came calling, and the Menlo Park resident said “yes.”

“In the legislature I did engage with one of my Republican colleagues on a timber bill, and I did take tours of California forest land, but that was about it,” he says.

The Association has 100 members of Associations split between the larger, private land owners who actively manage and harvest timber, those that run biomass facilities, and companies that engage with the industry.

Now on the job four months, Rich realizes how misunderstood the industry is by the general public.

“They are right to be suspicious,” he admits. “If you go back several decades, forest practices were horrible. The coastal range right above us in Menlo Park was decimated to rebuild San Francisco after the 1906 earthquake.

“But today we see enlightened ownership. All of the timber lands in California are privately owned; none are owned by large multinational corporations. These owners are families who have been stewards of these lands for a long time.

“The other thing that has changed is that California has the strictest timber harvest rules in the world. All of the things that are critical in protecting the environment are covered. An example, for every tree that is cut, five must be planted.”

Rich says the new job is bringing him great satisfaction. “I get to learn something new every day. I’m being intellectually challenged as I learn about the forestry industry. And I have the opportunity to see some of the great people who live in rural areas of California when I visit member companies.”