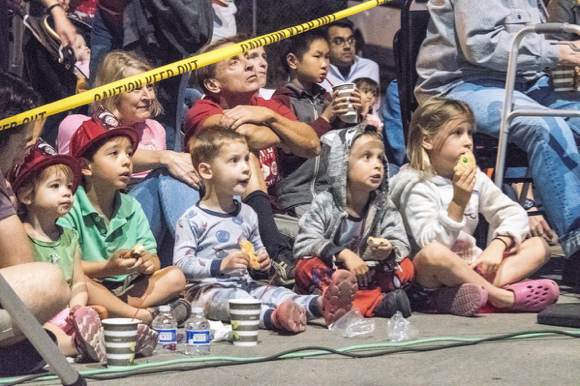 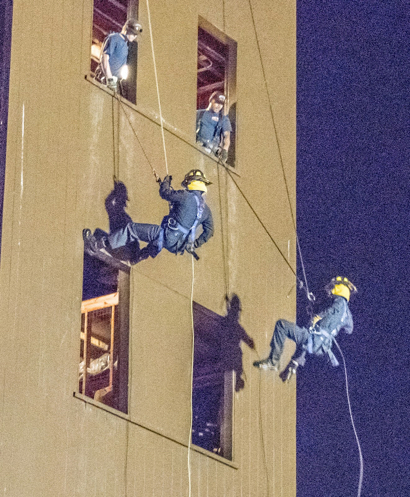 To cap off its 100th anniversary celebration, the Menlo Park Fire District held a nighttime fire fighting demonstration at its headquarters on Middlefield Avenue on Friday night (Oct. 27).

The last nighttime demonstration, a tradition that dates back to the 1930s, was held 16 years ago,  It was particularly popular during the 1950’s when Menlo Park Fire Station 1 was located on Merrill Street, where the Menlo Center is now at 1010 El Camino Real, the current home of Kepler’s Books  and Café Borrone.

InMenlo contributing photographer Robb Most captured the action. We think the looks on the kids’ faces (top photo) says it all! 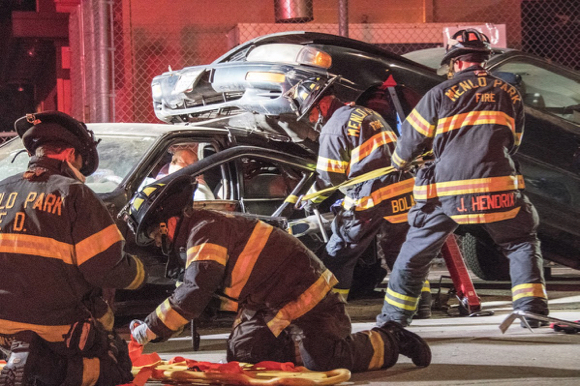 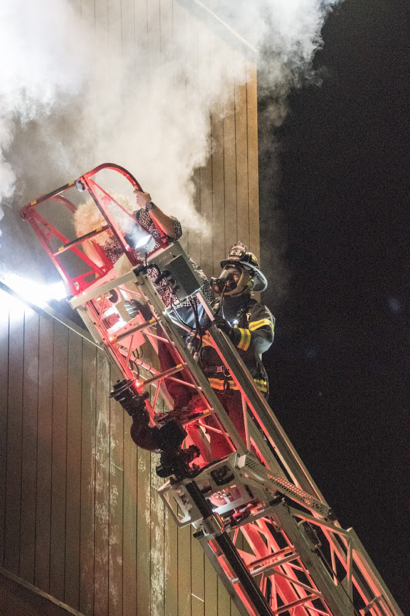