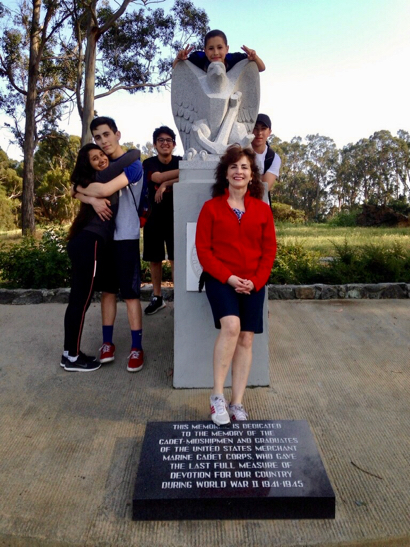 A funeral mass will be celebrated at 1:30 pm today, Thursday, Nov. 9, at Nativity Church (210 Oak Grove Avenue) in Menlo Park for Matthew Cruz, Andrew Gonzales and Ricky Torres, followed by a procession to Skylawn Cemetery at 4:00 pm.

A joint memorial and viewing service held was Wednesday evening at Nativity to an overflowing crowd estimated to be 800.

The three young men, who all attended Menlo-Atherton High School, lost their lives on October 31, 2017, in a single vehicle accident on Highway 35 near Bear Gulch Road in Woodside. Two of the three, Gonzales and Torres were Menlo Park Fire District Explorers and Torres was the oldest son of the Fire District’s Master Mechanic Rudy Torres who has worked with the Fire District for 14 years.

Rather than accept donations or flowers, the families have decided start a Go-Fund-Me account to do something to help prevent further loss to other families. They feel that if the guard rail in that location along Highway 35 would have been in place their boys might still be alive today. To donate:  https://www.gofundme.com/7fmg8u-help-prevent-another-tragedy​

All on-duty and off-duty Menlo Park Fire District personnel will be attending the funeral services and surrounding fire agencies will be covering the Fire District.