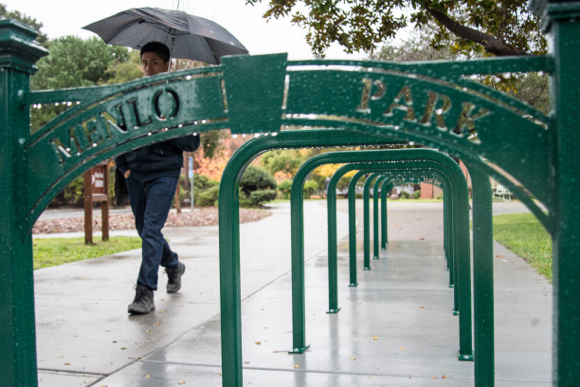 The City of Menlo Park is prepared for the upcoming winter weather.

In September, Public Works staff and the San Francisquito Joint Powers Authority walked the length of the San Francisquito Creek. The purpose of the creek walk was to identify items such as downed trees and other large debris in the channel that could obstruct flows and pose a threat to public safety during large winter storm events.

This year six downed trees were identified for the Menlo Park tree crew to cut into smaller pieces, this work was completed in October. Prior to the creek walk, the tree crew addressed three downed trees in the creek during the summer months.

In addition to cleaning the Atherton Channel, Public Works maintenance staff inspected and cleared the 34 outflows that drain the City’s stormwater system into the San Francisquito Creek, Atherton Channel, Ravenswood Slough and Bayfront Canal. Staff also recently inspected and cleaned the 40 trash capture devices installed in catch basins to limit the amount of trash entering the system that flows into the bay.

These trash capture devices will continue to be monitored through the winter and cleaned as required using the City’s new combination truck. The City’s three sandbag stations are now operational, offering sand bags for City residents at the following locations:
– The median island at Pope Street and Laurel Avenue
– The Burgess Park parking lot at Alma Street and Burgess Drive
– The Menlo Park Fire Station at 1467 Chilco Street

Filled sand bags are provided at the first two locations. The third location is maintained by the Fire District and provides loose sand and empty sand bags. Residents can learn more by visiting the City’s storm preparedness page.