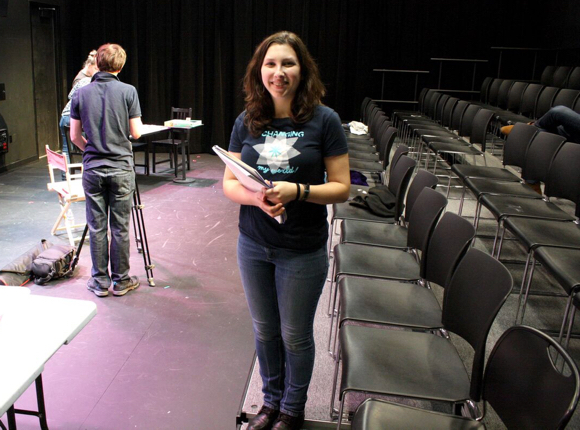 For Menlo Park resident Naomi Shanson, it’s all about theater. The sophomore at Kehillah Jewish High School acts, designs lighting, writes and directs. The latter two will be on display this Monday and Tuesday at Kehillah Black Box Theater with the presentation of Studio K.  RSVP to this free performance online.

“It’s about a group of people who are making a film about skit comedy all in one day,” she explains. “And they’re all going a little crazy!”

Naomi, who went to Laurel and Encinal for grade school, started acting when she was five, mainly with the Peninsula Youth Theater. “I enjoy both ensemble parts and lead parts,” she says. “Maybe one of my favorite roles was Sara Crewe in A Little Princess. I got to use a bunch of different accents! 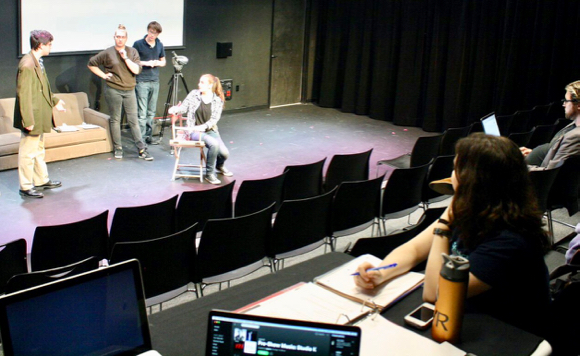 She wrote Studio K after being asked to direct a play at Kehillah. “I couldn’t find something I wanted to direct, so I wrote a play,” she says. “On the first run through, I couldn’t believe it was really happening, seeing my ideas on paper come to life!”

Studio K promises the audience some laughs. Says Naomi: “Most of my plays are comedies, that’s how it works out.”