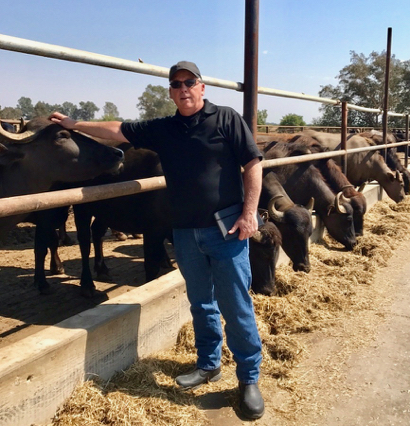 Ladera resident Kevin Lanigan’s career started normally enough in the hospitality industry. Among other jobs, he served as General Manager of the Stanford Park Hotel in Menlo Park.

Then, about a year ago, he met the Morsey family. They had exciting ideas and funding, but no real experience as far as implementing their vision — a water buffalo dairy farm and a “farm-to-table” restaurant. They’ve teamed up with Kevin to make these dreams a reality.

The Morseys have the largest single herd of water buffalo in North America. Located near Sacramento, it has grown from seven original cows to 286 currently (due to increase by another hundred plus next year). These animals have been to Asia what the bison was to the American West. Water buffalo milk provides 15% of the world milk supply (mainly from India and Southeast Asia) and is ideal for making soft cheeses, butter and yogurt. 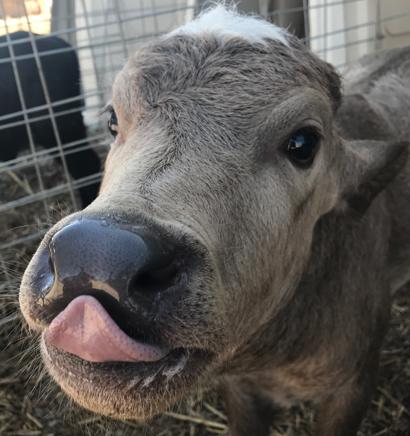 The most sought after mozzarella cheese is “mozzarella di bufala”. The U.S. imports 90,000 pounds of this delicacy each year — most of it crafted in Italian dairies. This is the market Morsey Farms has already started to penetrate.

Morsey’s Farmhouse Creamery “Mozzarella di Bufala” can be found at Bianchinis and Willows markets locally and is also available at the weekly Portola Valley Farmers Market where milk, gelato and yoghurt are also sold.

If all goes according to plan, Morsey’s Farmhouse Kitchen is scheduled to open on Main Street in Los Altos sometime in January. The concept is to provide all day dining that is truly a farm-to-table. Menu items will feature such specialties as pancakes made from water buffalo milk and honey-grilled peaches with sliced mozzarella di bufala with a balsamic glaze.

“The final building inspection has been done,” Kevin told InMenlo earlier this month. “Equipment is being moved in. We have a chef on board and will soon start with a soft opening for friends and family.”

Editor’s note: This is an update of an article by Mike Crisp that was published in the October issue of the Ladera Crier