Memorial tree grows over 50 plus years, as does the person who planted it! 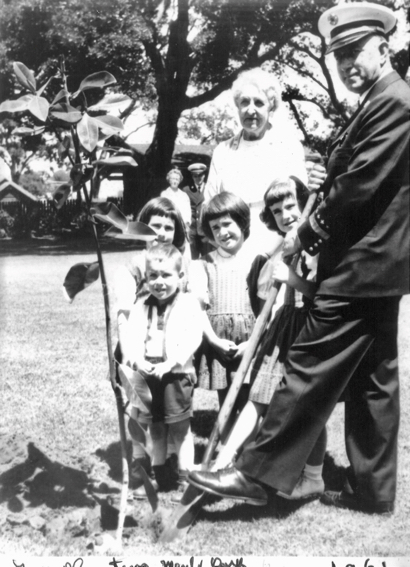 As part of a year-end wrap-up, Fire Chief Harold Schapelhouman sent out a fun “then and now” photo.

The first, captured in May, 1961, shows a very young Bob Blach helping plant a tree at Menlo City Center with his sisters, grandmother and Fire Chief George Carter in memory of his late grandfather, Fire Chief Tom Cuff.

Earlier this month, Deputy Fire Marshal Bob Blach revisited the site with his wife and Fire Marshal Jon Johnston. Both the tree and Bob have grown a bit in the last 56 years! 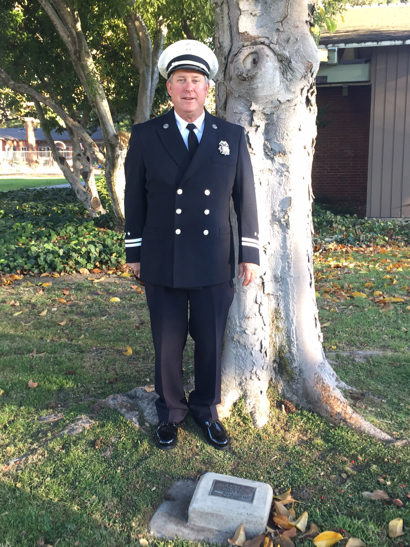