by Andrea Potischman on February 1, 2018 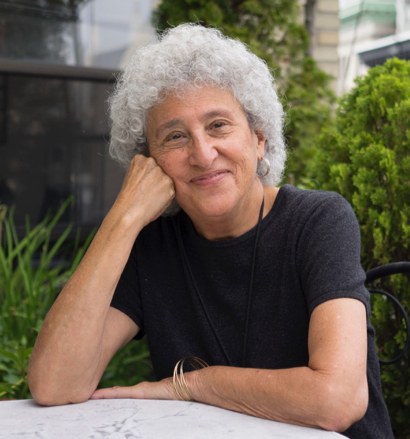 Editor’s note: Former chef and now Menlo Park stay-at-home mom, Andrea Potischman, is launching a new series on her blog Simmer and Sauce called Changemakers. We feature part one today, which has been edited for length, and will follow up with the recipe in part two. The post can be viewed in its entirety here.

A New Year and, with it, new ideas. This is my first post in what will be my special featured series this year titled “Changemakers.” Our country, our world actually, is a bit of a mess. The news these days seems to be riddled with political chaos, hatred, violence, discrimination as well as a string of unexplainable natural disasters. It’s too much. I almost can’t read the daily headlines. But that’s not realistic or helpful.

So, I’ve changed my approach. I’ve decided to focus on the good that exists all around us, which often goes unrecognized. And by good, I mean it’s important to recognize people who are striving to improve it or promote change in a positive way. These people are changemakers. This featured series will highlight some exemplary people who are working in different areas to inspire, achieve, create, teach, empower, and unite.

Each post will talk a bit about who the person is, and why they are exemplary, at least in my eyes. These posts will also highlight a special personal recipe that the changemaker shared with me. As my mentor always said, food can unite people–as we all have to eat. I hope this inspires all of us to do a bit more good in our own way. 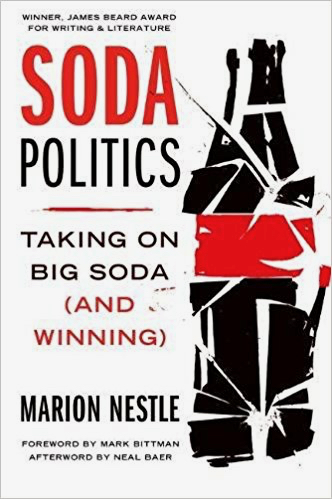 Dr. Marion Nestle (pictured above right) is my first featured changemaker. If you don’t know who she is, Nestle is a powerhouse American academic, consumer activist and nutritionist who specializes in the politics of food and dietary choices. Nestle has been ahead of her time for decades. With a focus on examining scientific and socioeconomic influences on food choice, obesity, and food safety, Dr. Nestle is a pioneer in understanding the role of food marketing in dietary choices.

Nestle takes on the role of soda (and other surgery drinks) in health in her well-known book Soda Politics: Taking on Big Soda (and Winning), a subject she started to pay attention to back in the early 1990’s. Nestle’s long-time concerns are now supported by overwhelming evidence showing how these sugary drinks contribute to higher calorie intake, weight gain, obesity, and type 2 diabetes and that stopping them is the “first line of defense against any of these conditions”.

Simmer + Sauce: As a chef I have to ask: what motivated you to become a food policy advocate?

Dr. Marion Nestle: It’s hard for individuals to make healthful food choices when the universe is trying to get them to buy junk foods. That’s why policies help. As a professor, I get to teach and write about issues that concern me. It seemed like an obvious way to help people improve their diets.

Simmer + Sauce: Why did you decide to focus on (and write an entire book) on the advocacy for reducing soda consumption?

Dr. Marion Nestle: It came as a suggestion from my agent at exactly the right time. Anti-soda advocacy was expanding and sodas are an easy target—they are sugars and water and have no redeeming nutritional value. If you are worried about your weight, the first thing to do is to stop consuming sugary drinks. Lots of people lose weight easily doing nothing else. Also, soda sales were down in the U.S. The soda industry blames that on health advocacy and I’m not going to disagree with that idea.

Simmer + Sauce: You have drawn comparisons between big tobacco and big soda, can you elaborate further on their similarities?

Dr. Marion Nestle: Obviously, sodas are not cigarettes. Cigarettes are one product, demonstrably deadly, with one message: don’t smoke, and if you do smoke, stop. With food, the messages are more complicated: eat this instead of that or eat less in general. But the food industry follows the tobacco industry’s playbook to the letter: cast doubt on the science, fund your own research, get scientists to help cast doubt, blame personal responsibility, invoke the nanny state, and put fortunes into fighting public health initiatives. 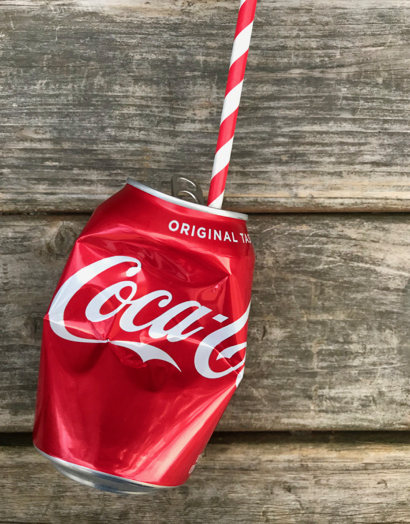 Simmer + Sauce: You speak extensively about your concern about how big soda companies are targeting their consumers, and the rise of obesity and diabetes. What is the general public overlooking here?

Dr. Marion Nestle: Advertising and marketing are not supposed to be noticeable. When they are working well, they slip below the radar of critical thinking. Soda companies have spent fortunes to convince people, especially young people, that sodas are cool, sexy, and fun. Coke and Pepsi are iconic American food products. It’s hard to believe that their primary goal is to sell products that aren’t good for people.

Simmer + Sauce: Your book gives health advocates suggestions on how to tackle a number of “soda politics” issues. How can this advocacy work improve?

Dr. Marion Nestle: Much has been written about how to do advocacy successfully. Mostly it involved setting clear goals, working with people you are trying to reach to develop strategies for achieving those goals, doing a lot of community outreach, having a clear “ask,” and going for it. When communities do food advocacy by the book, they succeed. That’s how Berkeley passed its soda tax, for example.

Simmer + Sauce: You imply we may be “winning” this war against soda companies, can you elaborate on how?

Dr. Marion Nestle: The bottom line is that soda sales have been declining steadily since about 2000. That’s a win.

Simmer + Sauce: You say in your book that “American advocates for children’s health are limited in what they can do to achieve more responsible advertising in general, and elimination of soda and junk food marketing aimed at children in particular”. What else can concerned parents do to protect their child and promote healthier food choices overall?

Dr. Marion Nestle: Parents can teach their kids media literacy—how to interpret media for what it is, marketing, not entertainment. Kids get that right away and can quickly be taught to understand that soda companies have only one purpose: to sell as much of their products as possible to as many people—kids—as possible.