What’s going on with the new “senior zone” signs on Santa Cruz Avenue? 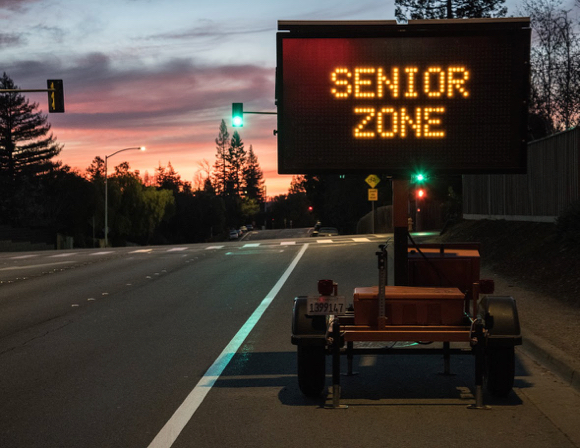 Motorists and cyclists may have noticed new “senior zone” signs on Santa Cruz Avenue between Sand Hill Road and the “Y” where SCA and the Alameda split. We’d covered Ron Snow and the neighborhood organization, SAFE, last August and figured he’d know about the illuminated signs. We were correct.

“The senior signs are rooted in our many years of effort to reduce the high speed limit on Santa Cruz and Alameda (between Sand Hill and Avy Ave). I had, on Jan 31st, 2017, provided the County Public Works Department rational and justification for a lower speed limit and this included an actual cited vehicle code and MUTCD code (Manual on Unified Traffic Control Devices) that required the County to lower the speed limit,” emailed Ron. “Within this code is a requirement for a 25 mph zone near senior facilities. [Note: Menlo Commons is a senior facility located at 2140 Santa Cruz Ave.] 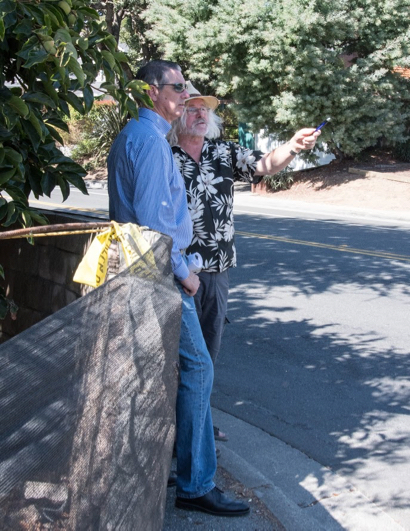 “The County’s lack of response caused us to continue to request a lower speed limit and lead to us documenting the very high accident rate that was occurring along this section of roads. DPW seem to refuse our accident documentation and would not lower the speed limit. We presented our West Menlo Accident Report to the San Mateo County Board of Supervisors at the end of April 2017.”

As a side note, in February 2017, the San Mateo County Board of Supervisors allocated $78,400 to do a safety study, retaining Kimley Horn to interact with the local community and develop a safety study. Information about that study is on the county’s website.

Ron continued in his email: “When I saw that KH was not contacting us and the County was ignoring our requests for meetings and interaction, I started the Santa Cruz/Alameda Safety Issues Report. In our report, we also cited sections of the Vehicle Code and MUTCD.

“Many community members supported the Safety Issues report. We interviewed community members, some helped edit the report, others contributed sections to the report. On August 24th we provided the County and the City of Menlo Park, the Board of Supervisors, and Assistant County Manager Mike Callagy copies of our Safety Issues Report, all in preparation for an Aug. 28th County/Community safety meeting at Oak Knoll school. 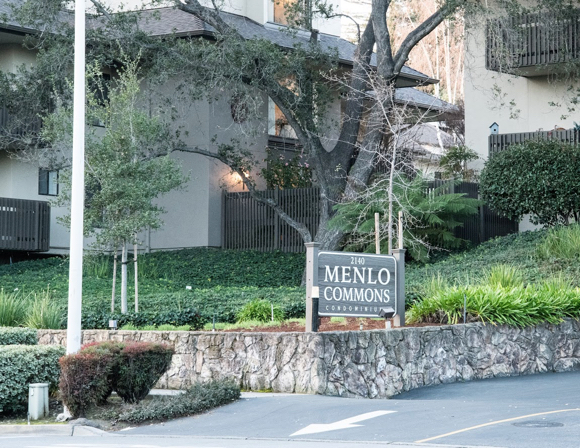 “Mike Callagy [pictured with Ron Snow above right] read the report and came to our neighborhood for a walk through of Santa Cruz and Alameda the very next day (Aug 25th). He was amazed at the many serious issues we had documented and agreed that those issues, including the speed limit, needed to be addressed with a high priority.

“Mike and DPW latched onto the Safety Issues Report citing the requirement for a 25 mph speed limit for Senior Facilities and they thought this the best and fastest way to implement a slower safer speed limit. On September 19th, Mike and a few of our SAFE committee members attended a meeting at Menlo Commons to discuss the topic with many of the residents there [and all agreed] that this would be the way to go with no objection from Menlo Commons.

“The community is still trying to lower the speed limit on Santa Cruz between the Y and Avy Ave. That takes some coordination between County and City, but there are many reasons that support a lower speed: school route, High Accident Rates, dangerous and difficult egress for residents.”