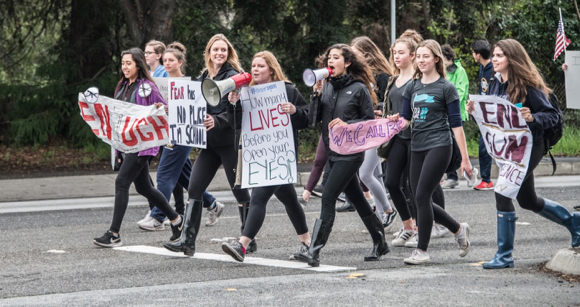 “At this time we are keeping our goals general, rather than advocating a specific policy or program,” said Holly in advance of today’s event. “We want to provide a platform to join the national narrative on school safety and gun reform.”

Added Bella: “We are passionate about feeling safe while in school. But it’s sometime hard given academic and other responsibilities to create a pipeline of information that flows to students, teachers, faculty, and parents as well as including members of the larger community. 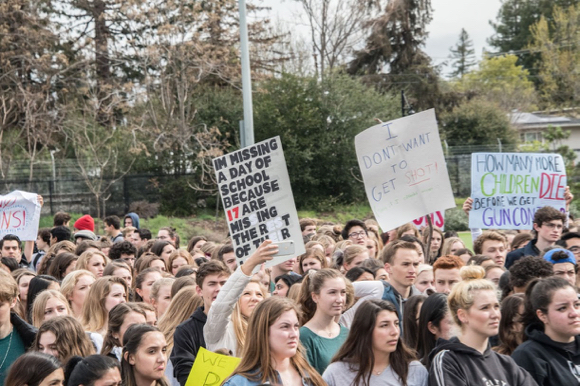 “We don’t want it to take 17 bullets for us to do something to unite our community. We don’t want to be imposting or disrespectful. We just want to feel in in the place we are doing our learning.”

In the school’s weekly newsletter, M-A principal Simone Rick-Kennel wrote: “With the shooting on February 14th at Marjory Stoneman Douglas High School, the tragedy and issues surrounding it hit close to home. Regardless of political affiliation, belief, or stance on issues, we all care about schools being safe places for students and staff. 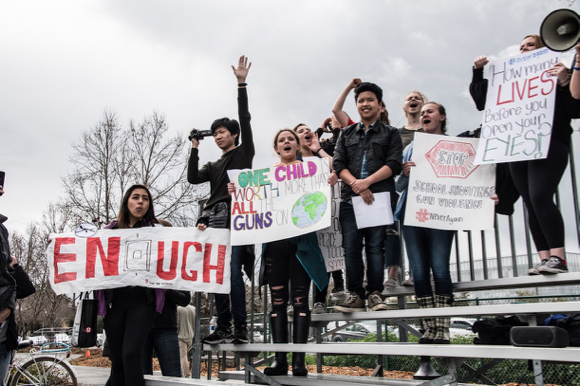 Attendance of the joint walkout was estimated to be around 1,000. As was the practice at high schools throughout the country, the names of the 17 Parkland victims were read aloud at 10:00 am.

“I’m just incredibly proud of my community,” said Holly, following the event. “It was amazing to see how many people showed up to support and participate.” 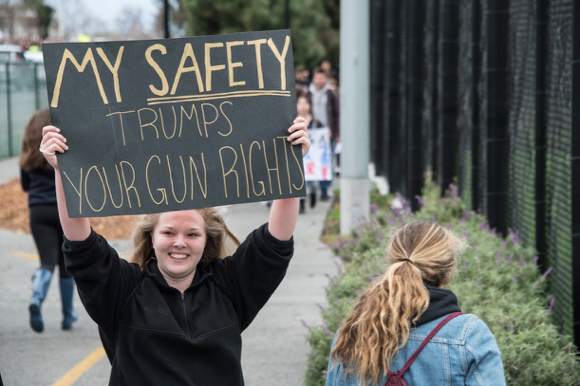