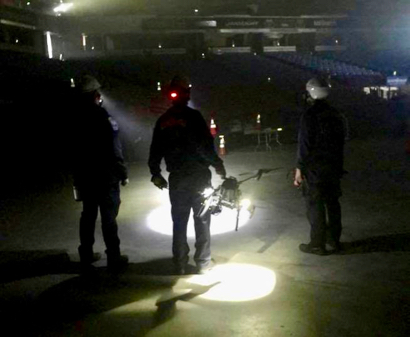 The DJI Drone was equipped with the new and never seen before COBRA Camera system, which guided to each of the victims locations.

The DJI Cobra Camera System is revolutionary for Fire and Rescue Operations in smoky conditions because it can see objects previously not visible by the human eye.