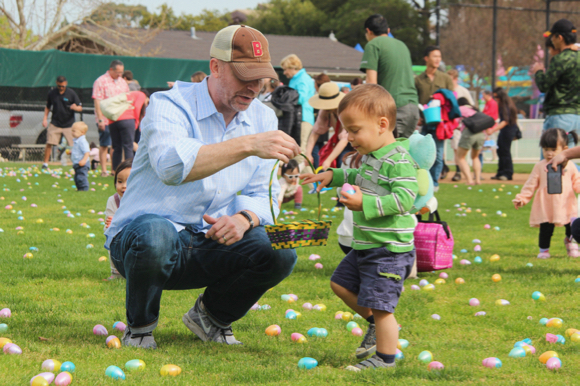 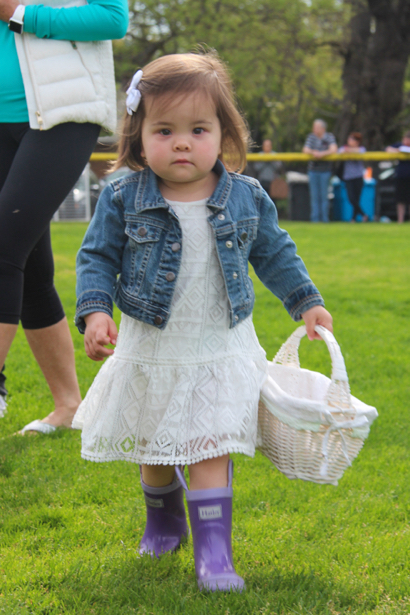 Menlo Park held two Easter egg hunts this morning, one at Kelly Park and the other at Burgess Park. The latter was attended by InMenlo contributing photographer Frances Freyberg, who captured some of the controlled chaos, along with the satisfied and determined egg hunters and the Easter bunny.

Bounce houses, crafts, and a candy guess kept the festivities going after the hunt. 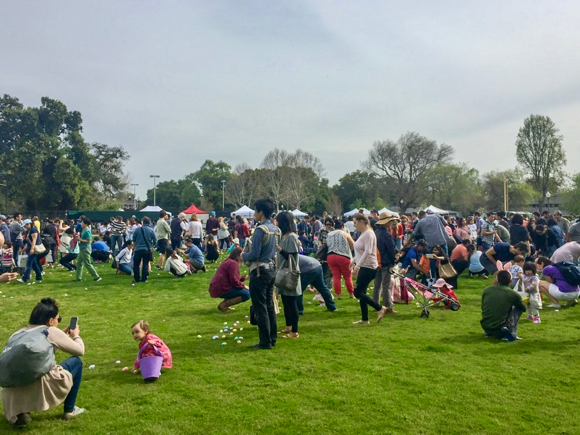 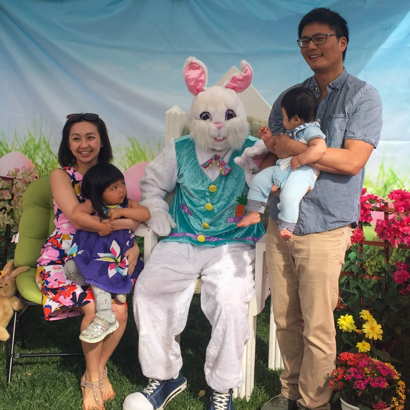