The inaugural Jordan Cup featured the Stanford Polo Club versus the Cornel Polo Club in a match with proceeds benefiting both teams along with Jasper Ridge Farm. The event, which took place at the Menlo Circus Club in Atherton on Sunday, May 20, also included a meet-and-greet with the Farm’s animals, a silent auction, a divot stomp complete with find-the-champagne cork, and a best hat contest. 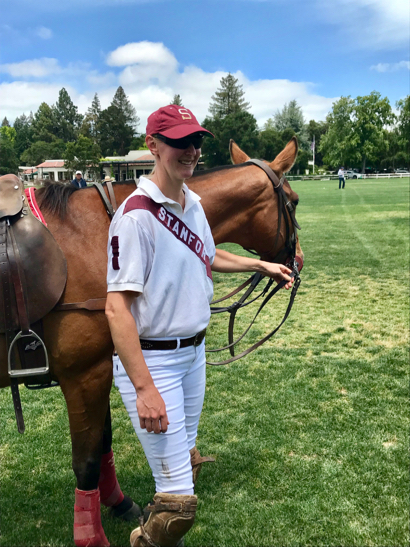 “The Stanford Polo Team is located down the road from us on Webb Ranch property so we’re neighbors in a way,” emailed Alyssa Houk, who is General Manager at Jasper Ridge. “Some of the team volunteers at our programs, and we’ve had a very friendly relationship with them. Heather Lake, who is a coach for the team, approached us and asked if we’d like to be a part of this inaugural alumni game. That’s how the collaboration came about.”

Jasper Ridge Farm helps children and adults who are facing physical and emotional challenges by bringing unique experiences to these people through therapeutic interaction with gentle farm animals.

The Stanford Polo Club is a student-run club sports team that was established in 1923. In addition to teaching students how to ride and play polo, the Club also teaches horse care, barn management, social outreach, fundraising and management skills. Day-to-day operation of the club is managed entirely by students, with the help of dedicated volunteer coaches.

The Stanford Polo Club will use funds raised from the tournament to support their string of ponies. The funds will also help pay for repairs to facilities and to replace aging equipment. 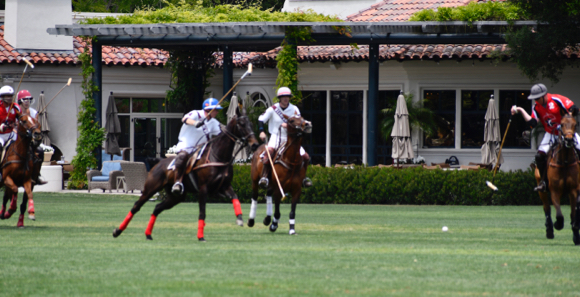 The Cornell Polo Club, established in 1919, fields both men’s and women’s varsity squads, a JV team, and a first-year team. The team plays in the Northeastern Region and competes against both domestic and international teams.

The Cornell Team is completely self-funded. Funds raised will help offset the cost associated with running the team, including travel, equipment, and maintenance of the team.

Heather (pictured above right with Fuego, a mare) as been coaching the Stanford Polo Club or nine years and currently plays at various California clubs including the Menlo Polo Club and the Woodside Horsepark Polo Club. Growing up, she competed in hunter/jumpers and started playing polo as a Stanford freshman.

We talked with her about the fact that most polo ponies are, in reality Thoroughbred horses, most typically mares. “There are a lot of reasons why mares are preferred, but they tend to be speedier and more agile than geldings.”