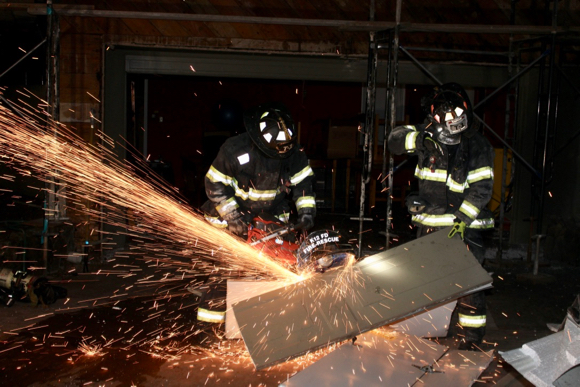 Neighbors of a home that is being renovated on La Loma Drive in the Sharon Heights neighborhood of Menlo Park called 911 last night after smelling smoke. They first thought was a BBQ but when they stepped outside, they could see the fire inside the two-story house.

Upon arrival, Menlo Fire Captain Rod Brovelli reported that they “had a large, two story, hillside residential structure that was under construction with fire visible inside the middle of the building on the second level”.Complicating and challenging the firefighting efforts was exterior scaffolding that partially surrounded the large 6,000 square foot tri-level hillside home, which was under construction.

Firefighters located the fire in a room behind the first floor parking garage; it was burning between the first and second floors and had spread into a stairwell that connected the lower floor of the home to the upper floors of the building. 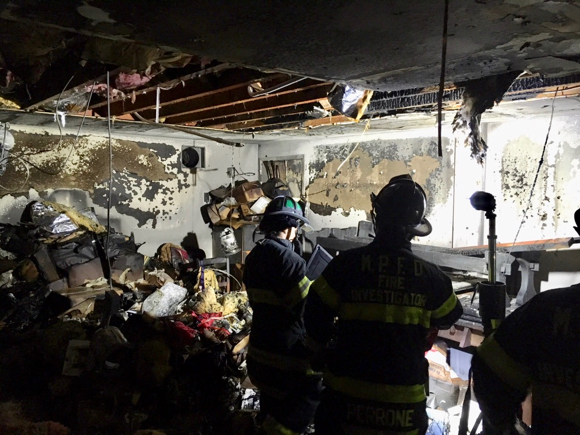 “We caught this fire just as it was starting to mushroom and expand into the upper floors of the building,” said Menlo Fire Battalion Chief Tom Calvert. “If it had been allowed to burn a few minutes more, the whole house would have been on fire due to the significant preheating and smoke propagation”.

Using hand-lines from Menlo Engine 4, firefighters attacked the fire from above and below, while simultaneously ventilating the structure to let the smoke out, preventing a flashover and increasing their visibility inside the structure.

The cause of the fire is under investigation. Initial estimation of damage is $150,000, which nay go higher.
Photos courtesy of Menlo Fire
Category: