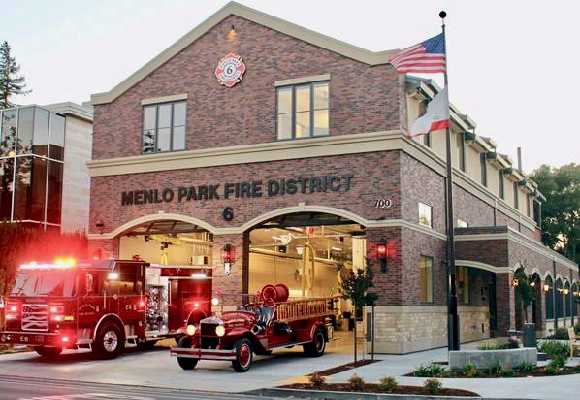 “Some people say it’s one of the most attractive fire stations they have ever seen, and neighbors are already enjoying the outside doggie drinking fountain and wood bench. We plan to get 70 years of service out of this facility,” said Fire Chief Harold Schapelhouman.

The completely non-combustible building was constructed with structural steel and aluminum framing components that were all made in the United States as specified by the Fire District’s buy American clause in their agreement with the contractor. The structure is also rated to a much higher seismic resilience standard than other non-governmental buildings.

Firefighters had been responding from the small home located on Hoover Street behind the new Station after moving out of the previous fire station in October 2016.

The project now moves to the final phase of construction with the demolition of the Hoover house, construction of a rear access and drive through ramp for the new station and the installation of a new ancillary structure that will be used to house old equipment and apparatus. In addition, the Fire District’s original 1899 fire building will be moved from Fire Station 1, located at 300 Middlefield Road, to the new site.

A dedication ceremony and community open house for the new station and new fire engine will occur later in the year when the final construction phase is completed. 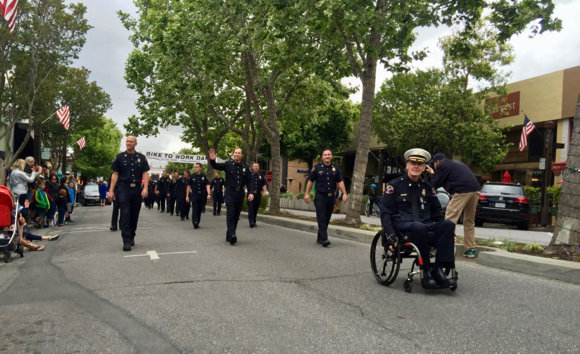 Chief Schapelhouman started his career with the Fire District in 1981. He was the first internally appointed Fire Chief in 21 years when he accepted the position in January of 2007 and is currently the longest standing Fire Chief since George Carter who was the Fire Chief from 1955 – 1972.

“We are delighted to have the Chief stay on for the next three years, a recent review found that the Chief was doing an excellent job,” said Fire Board President Chuck Bernstein.