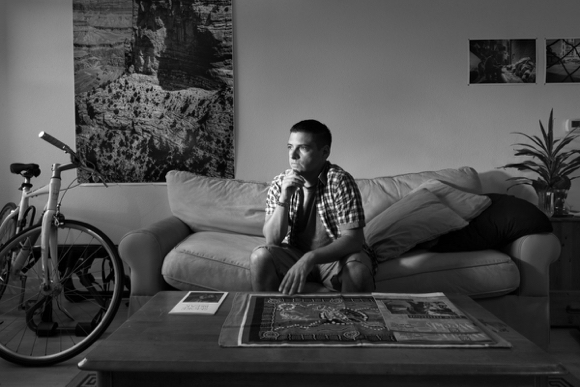 He recently travelled to Puerto Rico which he found “still really messed up.” “Many people are still without water or electricity. I’m putting a documentary photo project together in collaboration with my friend and fellow photographer Harvey Castro to raise money for solar generators which would help a lot.”

One couple he met and photographed is Reynaldo Rodriguez Cruz and Carmen Violeta Rodriguez Cruz (pictured below). “They have blue tarps on the roof; hence the blue hue on the photo,” he explained. “They spent the hurricane sheltered in the kitchen during Maria. They witnessed their roof blowing away. Everything they had inside house was destroyed. 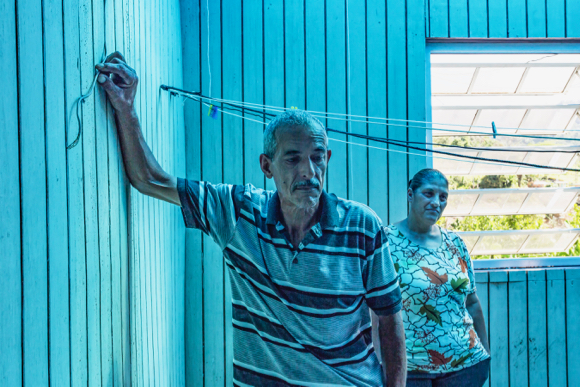 “FEMA assistance was denied two to three times. They had to prove their ownership of the home. He explained it was an inheritance, that he’d lived there his whole life; they had six children there and now have 12 grandchildren. They only received $2,000 in assistance. He had to go with the owner of the land so he could attest the Reynaldo was the owner of the house.”

Dan first picked up a camera when he was a kid. His stepfather was a photographer, and he got his first camera for his 21st birthday. Recently two of his photos were winners in two categories in the Palo Alto Weekly annual photo competition. They were both taken on a trip to Havana.

In addition to environmental portraits, Dan enjoys street photography. “It’s fun and relaxing and you don’t have to think too much. I did one project that featured smokers. It evolved organically when I realized a lot of the people I was photographing were smoking.”

Another of his street photography projects was photographing rickshaw drivers in Delhi.

“What I love about photography is that it’s so powerful,” he said. “It can changes lives and situations. That’s what I hope to do — make a difference.”