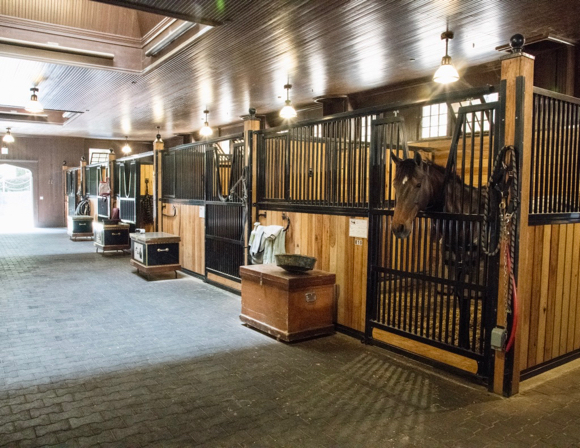 Like others who hike at Wunderlich Park, we noticed construction going on at one of the buildings at the adjacent Folger Stable Historic District. We’ve only done a few posts on what’s happening there since the renovation of the stable itself in 2010, so we stopped by with InMenlo contributing photographer Robb Most to get an update. 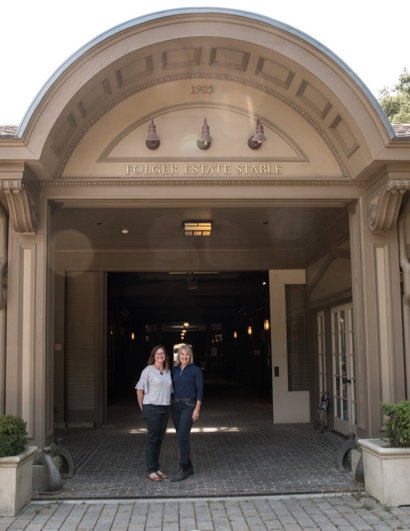 We were greeted by Jill Daly (right in photo), who has long served as board chair of the Friends of Huddart and Wunderlich Parks and Kym Teppo (left in photo), who is the non-profit organization’s Program Manager. Both were quick to point out that the Barn Dance/BBQ is just around the corner, scheduled for Sunday, August 26, during the family-friendly hours of 4:00 to 7:00 pm. Tickets/more information are available online.

As background, the area was once part of Rancho Canada de Raymundo granted to John Copinter in 1840 when logging was the main industry. In 1872, Simon Jones brought 1,500 acres and turned the area from logging to farming and ranching.

James Folger II, the son of the Folger Coffee Co. founder, purchased the land from Jones and used it for recreational purposes, using the old logging roads for carriage rides and holding camp-outs along Alambique Creek.

In 1955, the Folger family sold 940 acres to the Wunderlich family, which used the stable to board their horses. They donated the entire parcel to the County of San Mateo in 1974. 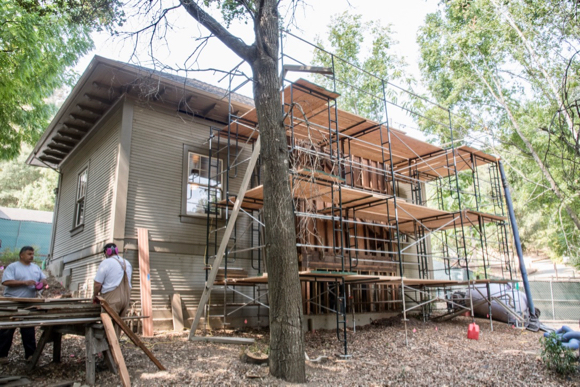 The building that’s undergoing renovation is The Carriage House, Jill explained. “As the name implies, that’s where the Folger family stored their carriages, and later it served as the repair garage for their Model Ts. Once the construction is completed on the building, people will be able to hold public meetings there, reserved through the County of San Mateo.”

The final building in need of restoration is the Cold House (photo, bottom) which was built by Simon Jones in 1874 before the Folger purchased the property. “It was where perishables were stored, given that there was no refrigeration at the time,” said Jill. 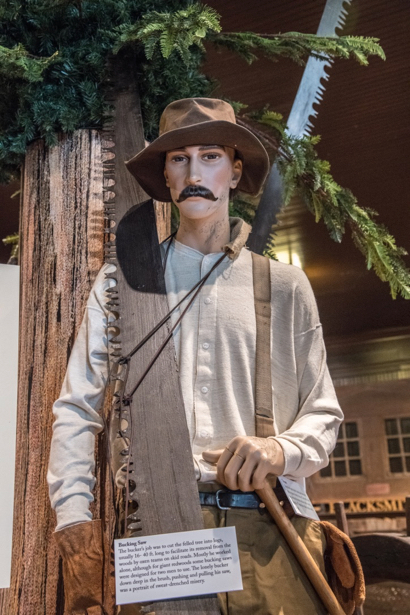 Also relatively new is an exhibit in the Carriage Room Museum, which is part of the main barn. Called A Rough and Perilous Life: The Redwood Loggers of Woodside, it chronicles the history of logging in the area from 1849 to the early 1860s It’s open on Saturdays from 10:00 am to 4:00 pm.

“It’s proving very popular,” said Jill. “Some people on it after hiking and increased signage has helped bring it to other’s attention.

“What we tried to do is go beyond the tools of the logging and how they got the trees out. We wanted to focus on the personalities of the loggers.”

While early efforts of the Friends was centered on fundraising for the barn’s renovation, their work is more programatic now. There’s a speaker series with topics both historical and environmental along with thematic topics like bats around Halloween. 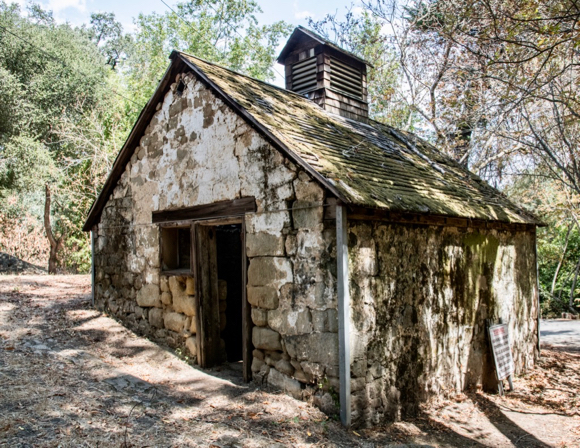 The children’s programs are usually maxed out during the school year. “Third and fourth graders get more than a tour,” said Kym. “They make leather stamps, build stone walls similar to the ones on the property, and press apples.”

Kym also explained that  they’ve been working with Menlo Park-based LifeMoves. “These are kids whose parents are in transition,” she explains. “We bring them here and they get to meet a horse, do a scavenger hunt and take a short nature hike.

“We have a lot going on right here in the backyard of Silicon Valley,” said Kym. Added Jill: “And it’s free entertainment!”

Complete information about activities and programs is listed on the Friends’ website.