A ribbon-cutting ceremony on Tuesday afternoon marked the opening of a new building at La Entrada School in Menlo Park, followed by a look around at what’s inside 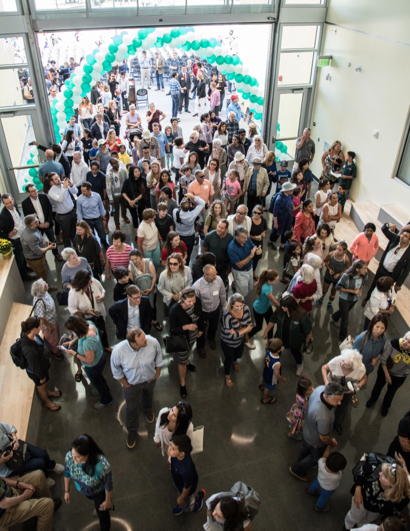 Collaboration is the primary goal of the building. Explained InMenlo contributing photographer Robb Most who was on scene: “The building was designed to be flexible so that various-sized rooms could be put together,  e.g., four classes could be combined for a joint exercise or for a meeting room.”

The new building includes a science lab.  There are TVs with touch screens and very tough screens.  “A teacher demonstrated by try to scratch it with a key,” said Robb.

Eric Holm, the Las Lomitas Elementary School District‘s director of bond projects, was on hand for the ceremony, noting that that design of the building had input from teachers and staff. It was paid for by a voter-approved bonds.

Included in the project was re-landscaping the adjacent lawn to that it would no longer get soaked. 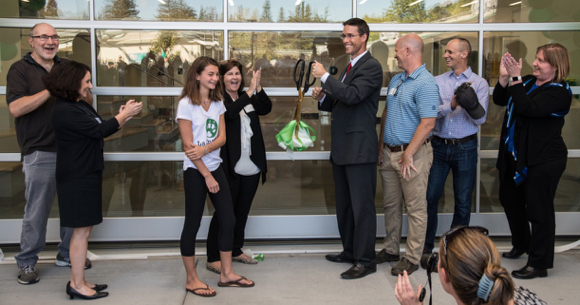 Kind of ugly. Where has all the good design gone?

Look quite fine to me 😉 anna