Two local artists — an oil painter and a sculptor — featured at A.Space gallery in Menlo Park 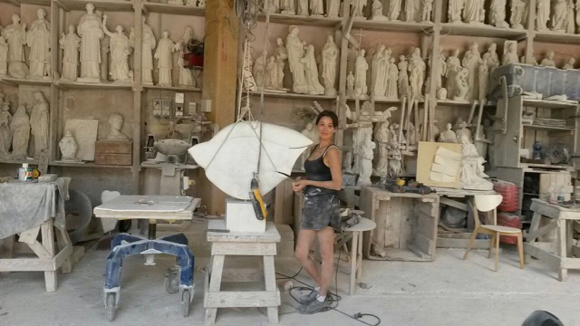 Two local artists — Atherton oil painter Judy Gaulke and Woodside sculptor Yoko Kubrick (pictured top in her Tuscany studio) — will be showcased in a retrospective of their work at A.Space gallery in downtown Menlo Park from Sept. 4 through Oct. 27.  There will be an opening reception with complementary wine and nibbles on Thursday, September 6th from 5:00-8:00 p.m. 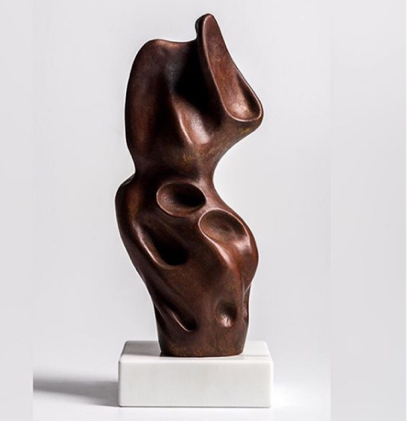 Yoko Kubrick was born to Czech and Japanese parents living on the Island of Guam. Her work is influenced by the landscapes of her childhood in Guam and Hawaii. She spent much of her time there observing the flow and movement of water, the forms and curves of black lava, and tropical plant formations.

From an early age, Yoko noticed that there was an emotional quality to shapes, a phenomenology. Each form revealing its own psychology, their aesthetic conveying feelings, a language which she calls “the emotive language of form.”  She finds her interests in environment and psychology intersect through her sculpture, which explores the psychology of aesthetic perception related to forms found in nature.

Lone objects and scenes not yet populated have captivated artist Judy Gaulke for some time. She strives to interpret the emotion of the moment and give the viewer a sense of calm. 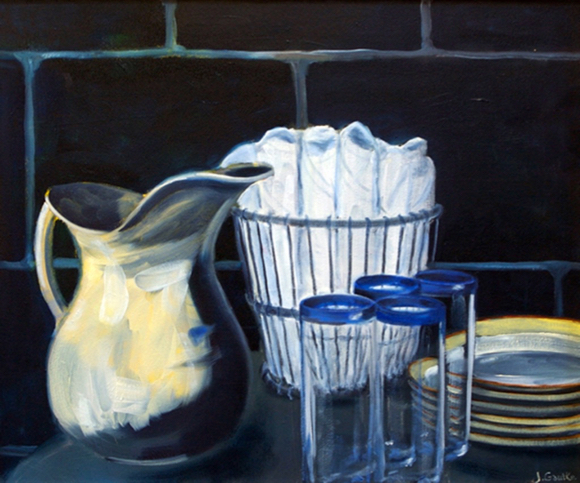 Since her first solo show in 1989, Judy has happily pursued the love of painting with oils on canvas. Since 1992, she has worked with intaglio etchings, as it’s becoming a lost art in the age of machine/digital printers.

Judith’s work has been widely exhibited throughout the greater San Francisco Bay Area, Hawaii, and Oregon. She has shown her work at the Holbrook Palmer Park, Jennings Pavilion in 2006, 2009, 2010, and 2011.