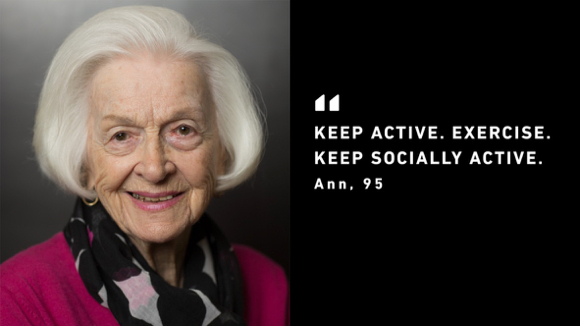 Some time after turning 50, InMenlo contributing photographer Scott R. Kline became a bit obsessed about living a long life, at least to 100 if not longer. He read local author Dr. Walter Bortz’s books [We Live Too Short and Die Too Long; Dare to Be 100] and in the course of his work both editorially and as part of his headshot business, encountered people who were vibrant and lively in their 80s and 90s.

“All that was layered on top of my admiration for Chuck Close, who did [among other things] monster paintings of heads,” said Scott. “I wanted to do the same thing photographically.”

Combined, these forces prompted Scott to start his Facing Time project earlier this year. In addition to taking photos of people ages 50 plus, he asks them a series of questions about what they are doing to live a long life. “I wanted to discover what the common factors were and find out if those who lived the longest were doing anything different,” he said. 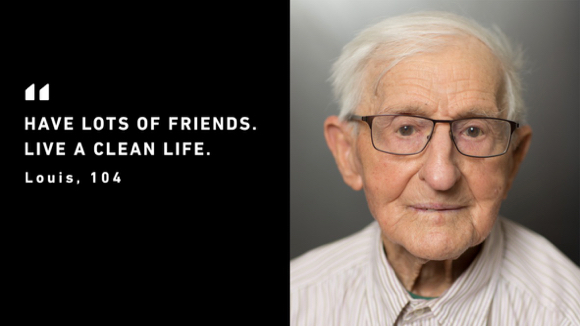 One thing surprised him: There was no consistency regarding diet do’s and don’ts. “They say they eat well, but that’s about all. That may be partially the result of the fact that I’m interviewing people who are healthy and vibrant and mentally with it.”

“Next year, I’d like to expand to a man and a woman of each age. And to get more racial diversity.” 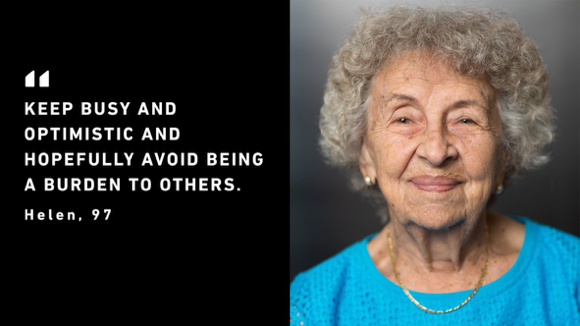 When that’s complete, he wants to hold a reception for everyone who has participated in the project. And as the number of participants expands, he’d like to publish a book that shows the photos and with the participants’ stories and advice.

Photos of and thoughts from people pictured here all live in Menlo Park or Atherton.