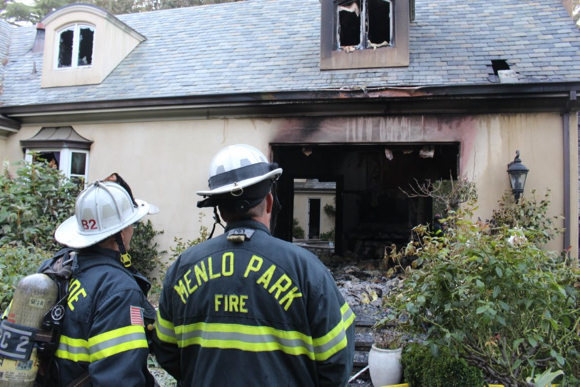 A fire at a home on Robert S Drive in Menlo Park Friday afternoon led to the death of two family pets and damage estimated to be $2 million. The large 5000 square foot, two-story home was built in 2005. Roughly 1500 square feet of the first floor of structure was significantly damaged by the fire with smoke and heat damage throughout the rest of the building.

The owners were not at home at the time of the fire but arrived shortly after firefighters had extinguished the fire. Sadly, two cats did not survive the fire due to smoke inhalation.

Menlo Park Fire District Investigators combed through the burned structure and located what they believed was the fires area of origin near a large flat screen television and entertainment center. The official cause of the fire is still under investigation.