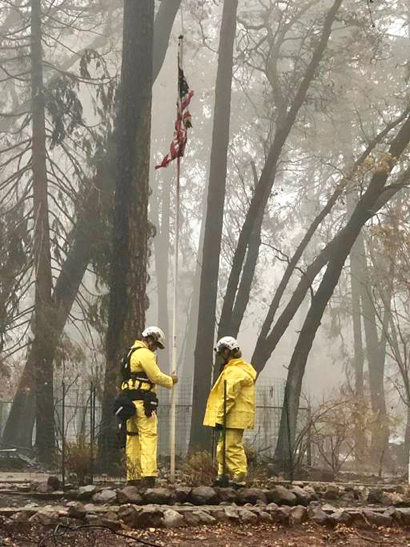 California Urban Search and Rescue Task Force 3, sponsored by the Menlo Park Fire Protection District, is one of eight California Governor’s Office of Emergency Services (CAL-OES) and 28 National Response Teams sponsored by FEMA. Team members took the  time to respectfully take down and save an American Flag for the owner of a destroyed home they may never meet, in the Community of Magalia during the Camp Fire.

The flag was folded and put in the mail box by Engineer Tim Houweling, Mountain View Fire Department. The photograph was taken by San Jose Fire’s Shawn Tacklind.