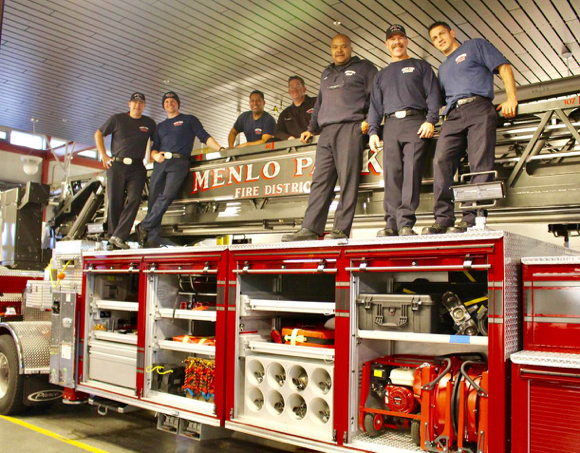 After 12 years of effort, the Menlo Park Fire Protection District held two dedication ceremonies today (1/7/19) at its Fire Stations in East Palo Alto and Menlo Park to celebrate the addition and doubling of staffing and response units to create what it categorizes as “an effectively sized and capable fire force.”

The eastern side of the Fire District (from Highway 101 to the Bay) includes the majority of the City of East Palo Alto and City of Menlo Park’s Belle Haven residential neighborhoods, M2 commercial and industrial areas. These areas are experiencing unprecedented population growth and zoning changes that include increased building heights and floor area ratio’s due to regional economic and employment boom. The result: Increased call volume and significant traffic congestion, which can challenge current acceptable emergency response times.

“Effective January 7, 2019, the Fire District will operate four emergency first response units staffed by 12 personnel,” Fire Chief Harold Schapelhouman said, “doubling capability and the number of units and personnel needed to adequately maintain an effective and essential fire force in this growing area… This will also better stabilize our West side units located in our Atherton, Menlo Park and county areas, whicht will see a decrease in emergency unit requests.” 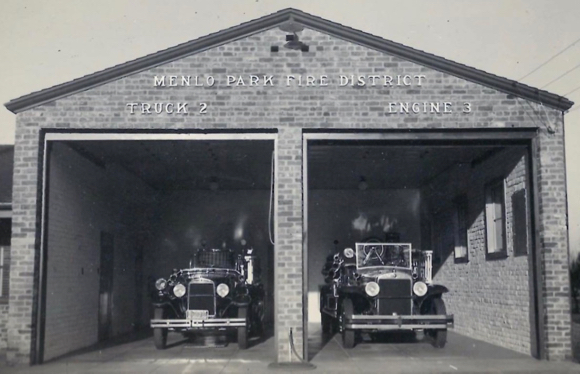 The Fire District’s original first Truck 2 went into service in 1937 at its Fire Station 3 in Atherton. While not an actual “Aerial” Ladder Truck by today’s standards, it did carry many more tools and special rescue equipment compared to a Fire Engine. It was later designated as Truck 3 when Fire Station 4 opened in 1949 and was more properly designated as a Rescue Squad.

Several aerial ladder trucks were in service from 1949 until the early 1980’s as either front line, cross staffed or reserve units at Fire Station 4, until their elimination in the 1980’s because of budget cuts and operational changes, including mutual and automatic aid agreement with other Fire Agencies.

The District will be rebuilding Station 4 next and re-locating the Aerial Ladder Truck from Station 1 to Station 4 in the next three years.