Oros oversees Ace Hardware in Menlo Park – and its 45,000 products 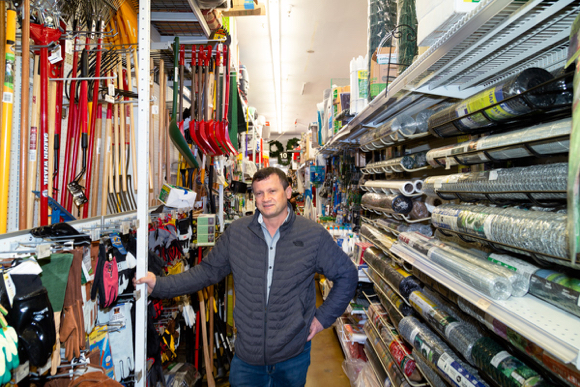 What Menlo Park residents could always count on was a hardware store on Santa Cruz Avenue, that is until 2001, when Menlo Hardware closed. Four years later it was reborn, thanks to Vasily Oros, a Romanian immigrant who also operates Handy Handyman in San Francisco.

“I was a handyman myself,” explained Oros, who is known by his last name. “I spent five days a week shopping in hardware stores, so finally decided to open my own store.”

While the Menlo Park Ace store gets its share of contractors, most customers are homeowners. Many come in with a problem that needs solving.

“That’s what we’re here for, to fix problems,” said Oros. “Sometimes it takes a few tries. But the problem gets fixed.”

Given the number of items stocked on the shelves, we asked Oros how he trains employees. He answered with a smile: “I tell them, ‘Listen to the customers.’ They can teach you a lot.”