In conversation with Karen Offen about women’s history and feminism 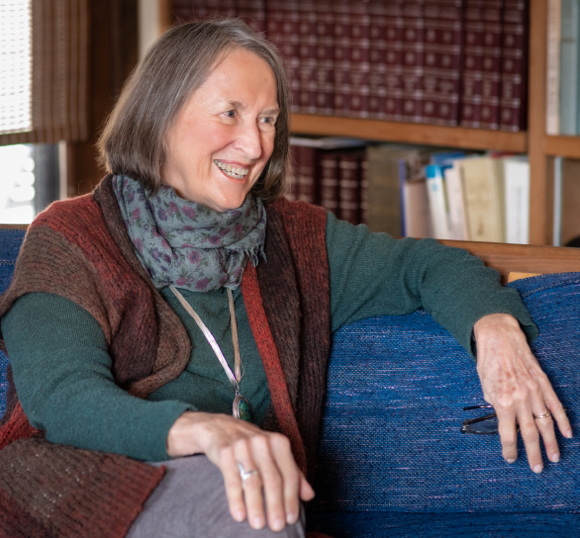 It was the introductory sentence to Karen Offen’s First Friday talk in Woodside that got our attention: “How did a country girl from Idaho become one of the world’s foremost authorities on feminist thought and activism?” We wanted to learn how, so visited with her at her Woodside home.

The first step, she told us, was moving from science — chemistry to be specific — to history — Western Civilization to be exact. The history she studied during her undergraduate years focused on men. During her graduate studies at Stanford, she was told there were no sources for women’s history.

“We said, ‘We’ll find the sources,'” she recalled. “And you wouldn’t believe how many sources there are! You just ask different questions.”

Today, she’s a historian affiliated as a Senior Scholar with the Michelle R. Clayman Institute for Gender Research at Stanford, were she got both her Masters and PhD. in Modern European History. Her most recent book Debating the Woman Question in the French Third Republic, 1870-1920, is the seventh she’s authored on family, gender and the relative status of women.

“Women’s history is about everything women do,” she said. “It encompasses growing up, getting married or not, having children or not, working in the economy or not. Whether paid or not, women have always worked — and worked their littles tales off.

“Once you put women into the picture,  you can never go back to the history of what just men did.”

In contrast, she explained that the term “feminism” originated in France in the 19th century. “It was about challenging masculine domination, not about hating men.”

We probed a bit about the strides women made in the Midterm elections, breaking all records for female candidates in U.S. elections. And while Karen qualified her comments by saying “it’s not my area of expertise,” she did offer some thoughts: “Start at the top: Trump has angered a lot of women. And while organizations like Emily’s List have been around for some time, there was this snowballing effect to get women involved as candidates as well as getting out the vote.

“The thing I keep saying to people is ‘cultural change is slow.’ There is always pushback. The revolution doesn’t happen right away. It takes time.”

Can we see/hear this somewhere?