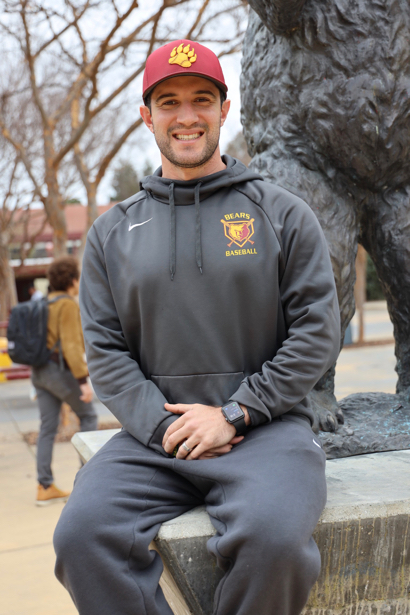 When Menlo-Atherton High School grad David Klein became M-A’s baseball coach three years ago, he was immediately struck with how many kids were so “quiet and stressed out.”

“They weren’t getting their driver’s licenses. There was this general blah feeling. I really didn’t understand it,” he recalled.

David, who is well known for leading the Menlo Legends baseball team and camp, sat down one-on- one with each player on the team to set time management and other goals. “I quickly realized that many of the kids were spending a whole lot of time on their phones,” he recalled, “leading to smart phone overuse.”

This was further confirmed when David attended some coaching conventions and heard other coaches talk about similar observations. He also found out that the mental health incident rate for the mid-Peninsula is five times that of the national average.

“As much as I love coaching the x’s and o’s, I realized I also need to help kids with their peace of mind by changing their technology use,” he said.

To that end, he’s started a new organization, America Offline and is undertaking two initial efforts.

The first was to take a dozen or so boys on an overnight. “Instead of restriction, we want to create behavior change,” he explained. “We want them to spend more time with people in the real world. We want then to utilize technology in a manner in which technology is not using them.”

The result was positive with better grades and better sleep patterns after the overnight.

The second step David is taking is working with a graduate student at Stanford to develop a smart phone application that “gamifies off line behavior.” “It will allow them to compete for more sleep, more hanging out with friend and family, less screen time,” he said. “The M-A varsity team is testing the new application, and early signs are positive.

“We’ll also continue to reach out to the broader community, engaging kids and their families directly.”

David, wish you well in this endeavor. This is a wonderful idea.

Great ideas, David! This endeavor will benefit so many! When I went back to college as a Senior Observer, I noticed that no one spoke before the professor walked in! Young men and women had their eyes glued to their phones. They did not notice any of the other students in the room. The person sitting next to them could have become their best friend, or soul-mate. They missed the chance to get to know these people!