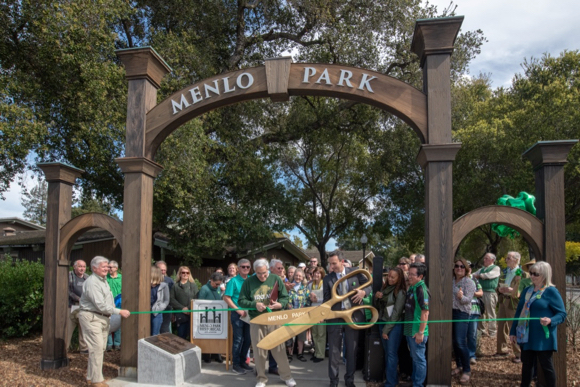 The reproduction of the historical Menlo Gates near the library was officially dedicated this afternoon, recalling Menlo Park’s Irish roots. 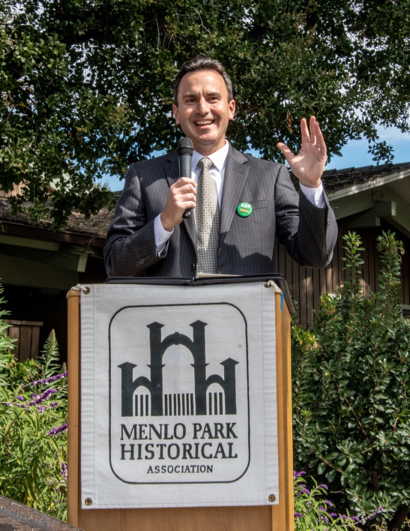 The construction of the Gates was a project of the Menlo Park Historical Association (MPHA) and members Jim Lewis (bottom photo) and Jym Clendenin (pictured speaking) made brief remarks today along with Mayor Ray Mueller (pictured right). About 50 people attended.

If you’re unfamiliar with Menlo’s Irish roots, here’s a little background discovered in a book by Stanley Pierce published in 1974: 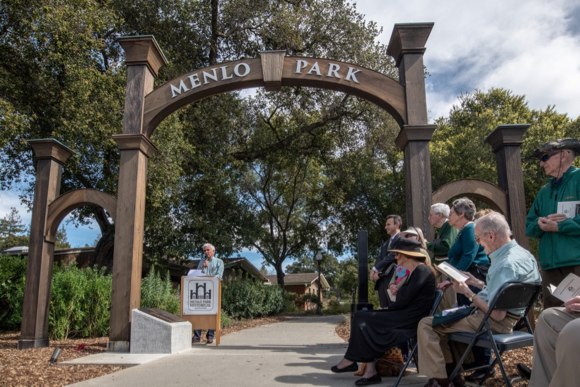 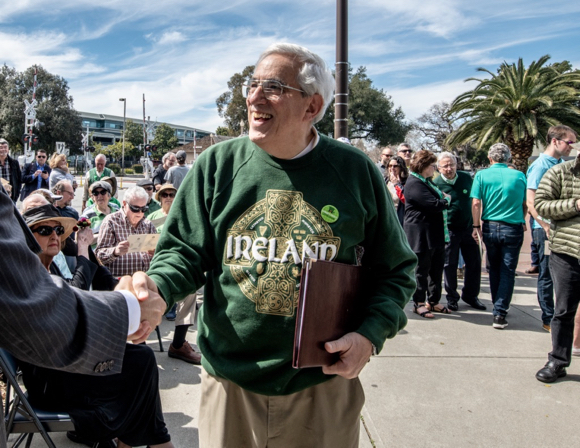 “In seeking to immortalize themselves, the sentimental designers of the ornate gateway had intended that ‘Menlough’ (a Gaelic word meaning ‘Lakeside’) would go on one side of the keystone and ‘Park’ on the other. However the itinerant sign painter engaged to do the lettering immediately demonstrated the lopsided appearance that would result, and Oliver and McGlynn were faced with making a decision. The keystone was already in place; moreover, it set the whole thing off, and certainly the date was essential. They finally were driven to sacrifice the spelling of their beloved home town in Country Galway for the phonetic spelling, ‘Menlo.’”

More information about Menlo’s Irish roots can be found on the MPHA website.