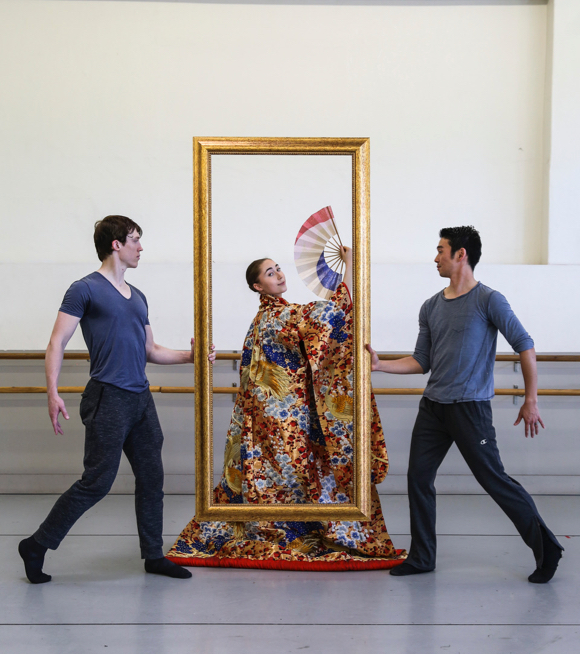 Triptych — “art in three pieces” — is the spring offering from Menlowe Ballet. The featured ballets are Kimono Wednesdays and Playing Love, both choreographed by Artistic Director Michael Lowe, and The Lady with the Lamp, a collaboration between Lowe and choreographer Sarah-Jane Measor, honoring the life and work of Florence Nightingale. 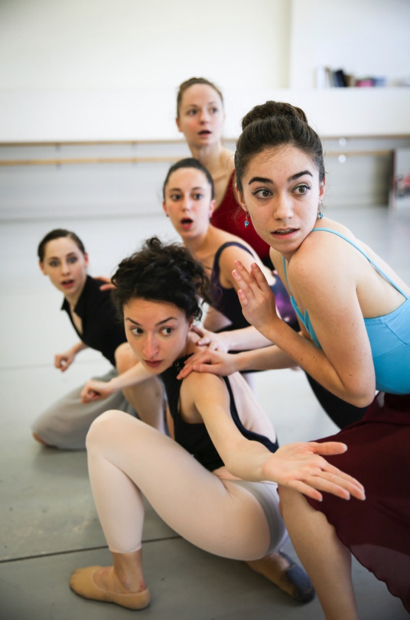 Kimono Wednesdays is a ballet inspired by Claude Monet’s 1876 painting, La Japonaise. Intrigued by the painting and the conversations it elicited, Lowe has crafted a whimsical “night-at-the-museum” fantasy where works of art spring to life.

The ballet’s title comes for a marketing strategy employed by the Boston Museum of Fine Arts to promote its exhibit, which featured Monet’s painting. The museum hosted events on Wednesday evenings inviting patrons to take photos next to the painting while wearing a kimono and then share the images via social media. The campaign resulted in controversy when a small group of protesters claimed cultural appropriation. [Here’s one commentators take on the controversy.]

“Sarah Jane and I saw the painting on a visit to Boston,” said Michael. “I found myself ambivalent when I heard about the controversy surrounding the kimono evenings. It  reminded me how something can be controversial during one time period and not during another, and how true that’s been in ballets performed over the years.

Kimono Wednesdays will indeed have kimonos, at least seven, according to Michael. The one shown here Michael got from a man who lives in Japantown in San Francisco. “When I told him about the Boston museum controversy, he was surprised. He told me that there’s a kimono day in Japantown every other month where people are invited to come wearing a kimono.”

The Lady with the Lamp, which debuted in Menlowe’s 2018 spring season, is a choreographic collaboration between Michael Lowe and Sarah-Jane Measor. The ballet is a poignant tribute to the ground-breaking contributions of Florence Nightingale, a visionary who set the standard for modern medical care and revolutionized the nursing profession.

Playing Love is a dreamscape comprised of romantic neoclassical duets that illuminate various forms of love. Originally created in 2015, Michael has refreshed this work with new sections and enhanced choreography.

Based in Menlo Park, Menlowe Ballet is a professional ballet company dedicated to bringing dance to audiences throughout the San Francisco Bay Area. Founded in 2011, the company performs works ranging from cultural to classical to contemporary. In addition to its artistic mission, Menlowe Ballet provides performing opportunities to aspiring students from Menlo Park Academy of Dance, the official school of Menlowe Ballet.

The dancers in the kimono image are Evan Johnston, Sasha Lazarus,  and Akira Takahashi. Second photo: Five dancers are each famous paintings – they have stepped out of their frames to make mischief and are reacting to the sound of the curator returning to their exhibit. Dancers: Vinnie Jones, Chantelle Pianetta, Paula Alvarez, Giulia Settimo, Naomi Sailors