The Menlo Park Fire Protection District will hold a neighborhood and community meeting on Wednesday, May 15, 2019, at 6:00 pm at Fire Station 4 (Alameda and Valparaiso) to present, explain and answer any questions, concerns and/or take comments about the proposed fire station modernization project. Last year in 2018, the Station’s Fire Engine and crews responded to 1,158 emergency incidents. 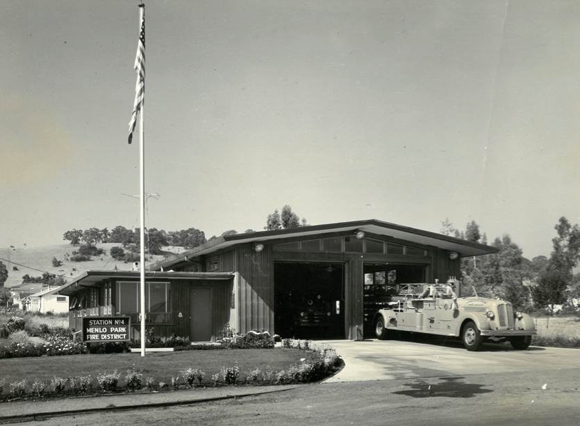 Last year the Fire District purchased the home behind the Fire Station for $3.2 million dollars which allowed the District to hire WLC Architects who will propose a new three bay, one and a half story, modern drive through Fire Station that will house a Fire Engine, Aerial Ladder Truck and seven personnel, two of whom will be Fire Paramedics.

“We’ve spent a lot of time going back and forth with WLC on designing an attractive Fire Station that fits into this area and enhances the look and feel of the neighborhood, while at the same time meets our emergency service’s needs and health and safety standards for our firefighters,” said Fire Chief Harold Schapelhouman. “Functionally, the Station is very similar to Fire Station 2 that was completed and re-opened in 2016. It’s a three bay drive through that can accommodate our largest piece of emergency equipment with space for up to t10 firefighters to be stationed here. We’re looking at a new building that will be here to meet an ever evolving and changing community and emergency services needs for another 70 plus years”.