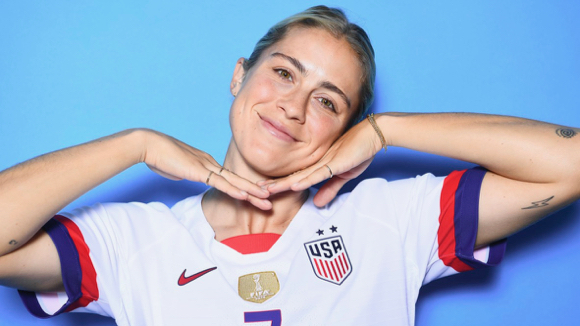 Abby Dahlkemper (shown above participating in FIFA portrait day) and Tierna Davidson (below, right) are Menlo Park’s brightest stars today as members of the USA soccer team that defeated the Netherlands 2-0 for the Women’s World Cup victory.

The two defenders both grew up in Menlo Park, attended Oak Knoll School and graduated from Sacred Heart Prep in Atherton. 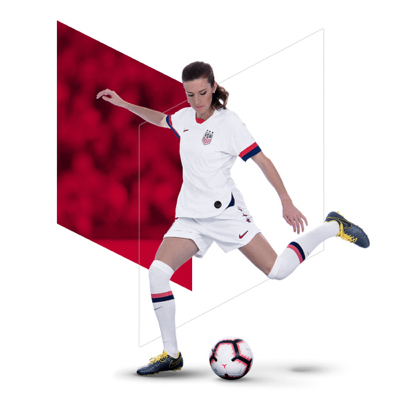 Defender Dahlkemper has represented the U.S. since 2010 when she first appeared for the U-17s and was a team captain. After 11 caps with the U-17s and a further eight for the U-23s from 2013-2016, Dahlkemper made her first senior appearance for the USA on Oct. 19, 2016, as a substitute against Switzerland. Dahlkemper was voted the NWSL’s Defender of the Year in 2017.

The center back won an NCAA National Championship with UCLA in 2013. As a professional, Dahlkemper continued to win, claiming three championships in her first four seasons in the NWSL including the ‘treble’: NWSL Shield, NWSL Championship and the ICC Championship.

At 20 years old, Davidson, also a defender, is the youngest player on the team. After winning the national championship with Stanford in 2017, Davidson left college one year early and became the first-round draft pick for the Chicago Red Stars.