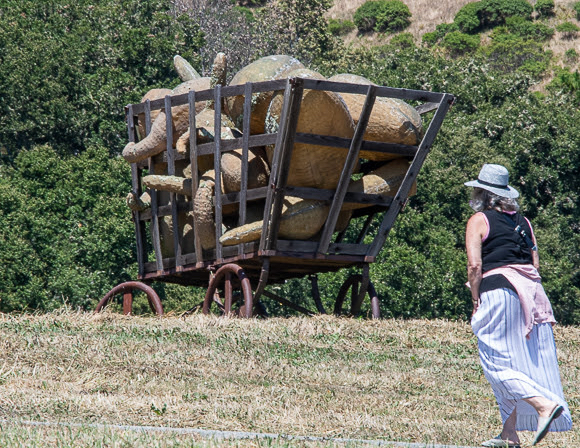 Earlier this month, InMenlo contributing photographer Robb Most took part in the one day of the year when the Djerassi Program’s Artists’ Barn and private grounds in Woodside are open to the general public.

Those who journeyed to the  580-acre ranch in the Santa Cruz Mountains were able to meet the current resident artists, walk the stunning natural landscape, and view panoramic Pacific Ocean vistas. 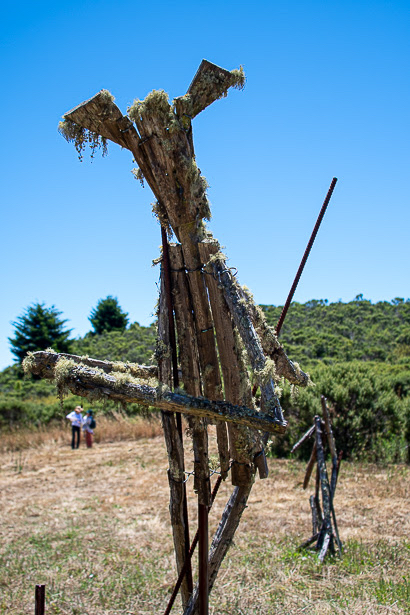 We present a photo essay of some of what caught Robb’s eye along the way.

While the open house happens just once a year, there is still time to sign up for the five “Everything Hikes” led by long-time docent Dennis Ruby. The strenuous 6-hour hike covers 5 miles with a 1,000-foot elevation gain. Dennis provides information about the 40+ sculptures onsite and shares additional knowledge about the local flora and fauna.

The Artist Residence program began in 1979 and welcomes about 90 artists a year who stay about a month. A conservation easement sale to the Peninsula Open Space Trust set development limits and allows the property’s natural resources to be protected in perpetuity. 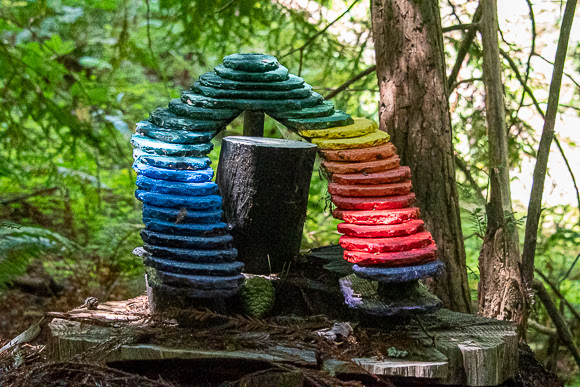 Carl Djerassi died, at age 91, in 2015. While the Djerassi Resident Artists Program would not exist without his generosity, and the generosity of the Djerassi family, it is today a separate, independent nonprofit organization, which solicits contributions from foundations and individuals to survive and thrive. 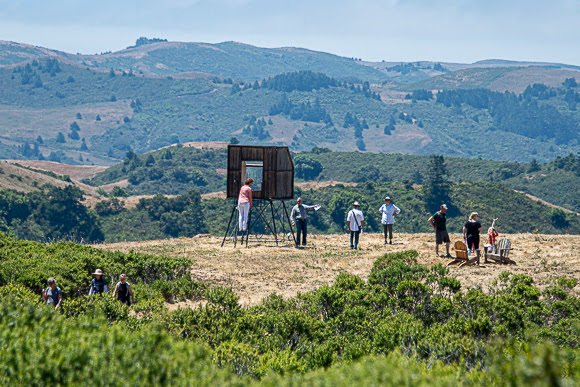 Photo top: To Market, To Market 2000 by Ann Weber & William Wareham, reminiscent of both the early immigrants’ Prairie Schooner and a large scale market basket.

Second photo: Orpheus Coyote and Friends, 1999 by William King, whose work is known for poking fun at human folly and foibles.

Third from top: Chromaticity, 2014 by Curtis Frank, an engineering professor who came across a chromaticity scale while researching color theory. He created a sculptural abstraction of this scale using found objects.