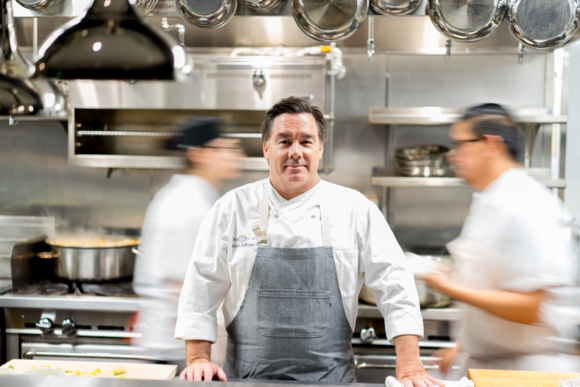 The highly-anticipated Selby’s restaurant opened this week, the latest — and largest seating-wise — from the Bacchus Management Group, which also operates the Village Pub, Village Bakery and Mayfield Cafe on the Mid-Peninsula.

Duly noted is the incredibly opulent decor, tastefully executed down to the curated art and photography on the walls thanks to the Lost Art Salon in San Francisco. “We wanted people to enter and feel cocooned from the hustle and bustle of El Camino Real,” said Bacchus Founding Director Tim Stannard, referencing the restaurant’s location across from Selby Lane in Atherton. 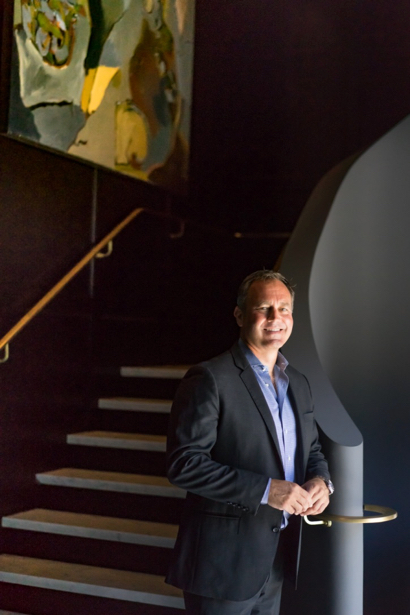 There were pre-opening reports about a throwback menu with such things as Beef Wellington and Lobster Thermidor, never of which evidently made the cut, at least on the Summer Menu. As Tim explained, opening a restaurant is a very iterative process.

“The original concept was to create a place where you could get a great steak and a cold martini,” said Tim.

And indeed there are seven kinds of dry-aged Prime beef steaks and various versions of martinis, prepared table side.

“But we began to think, ‘how can we evolve the steakhouse concept into being more things to more people,” Tim continued. “The thread that wove through our discussions was ‘elevated European cuisine,’ sort of forgotten food.

“We also pay homage to the restaurants that came before us in this space.” [Note: They include Johnny’s which opened in 1937, followed by Barbarossa for 20 years and then Chantilly’s for four decades.] 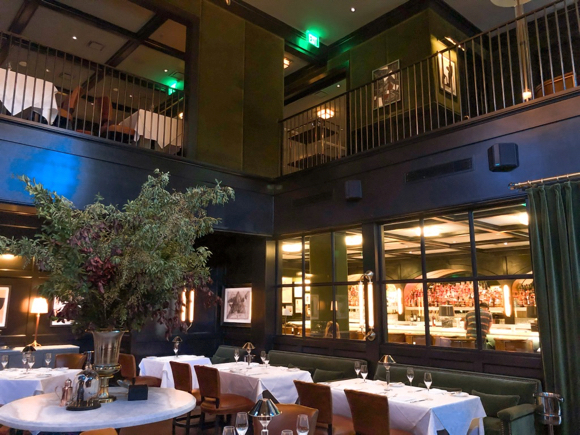 About the menu, Executive chef Mark Sullivan added: “I find it very inspiriting to look backwards — and not just forward — and to use historical components in the creative process. That includes looking at the original idea for a dish and then viewing it through a different lens — and also using more contemporary techniques that may not have been available when the dishes were first introduced.” 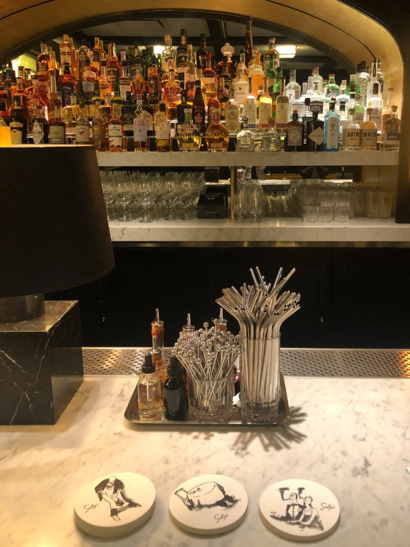 Which brings us to what many locals may find most important, given the popular burger offerings at the Pub, Village Bakery and Mayfield: What’s in store for the burger seeker at Selby’s?

Two are on the menu. And they differ not only from the burgers at the other Bacchus-owned restaurants but from each other. One, priced at $21, is made up of two four-ounce patties topped with special Selby’s sauce and Comté cheese bound together by a seeded bun. “It’s a classic bar burger,” said Tim.

The Black Label Burger, described by Tim as “really decadent” is made up three different kinds of beef forming a 1/2 pound patty topped with Époisses and five ounces of Australian Black Truffle. At $50, we’re guessing it’s the most expensive burger on the Peninsula!

Final note: for those who come for the fries as much as the burger, Mark describes them as somewhere between the Pub’s and Village Bakery. The menu simply states “Shoe String Fries.”

Selby’s, located at 3001 El Camino Real, is open nightly for dinner and drinks from 5:00 to 10:00 pm. There is valet and limited street parking.