Author Alex Schafran discusses his book “The Road to Resegregation: Northern California and the Failure of Politics” on Sept. 10 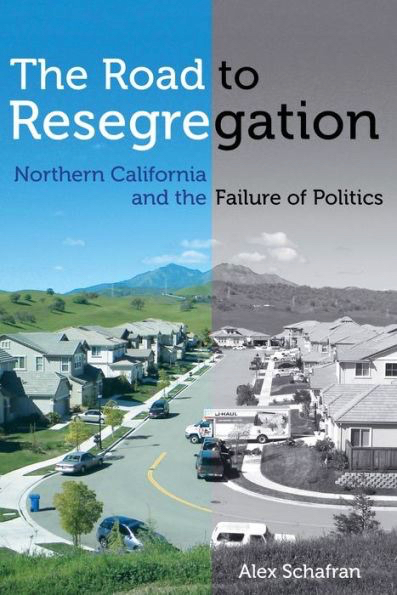 “How could Northern California, the wealthiest and most politically progressive region in the United States, become one of the earliest epicenters of the foreclosure crisis? How could this region continuously reproduce racial poverty and reinvent segregation in old farm towns one hundred miles from the urban core?

“This is the story of the suburbanization of poverty, the failures of regional planning, urban sprawl, NIMBYism, and political fragmentation between middle class white environmentalists and communities of color. As Alex Schafran shows, the responsibility for this newly segregated geography lies in institutions from across the region, state, and political spectrum, even as the Bay Area has never managed to build common purpose around the making and remaking of its communities, cities, and towns. Schafran closes the book by presenting paths toward a new politics of planning and development that weave scattered fragments into a more equitable and functional whole.”

Alex Schafran writes about urban and regional change. Born and raised in the Bay Area, he is currently Lecturer in Urban Geography at the University of Leeds. He holds a Ph.D. in City and Regional Planning from University of California, Berkeley; an MA in Urban Planning from Hunter College, City University of New York; and a BA in History from Stanford University. Dr. Schafran is also an avid amateur photographer.

It’s easy to explain: Progressive socialism doesn’t work. Look at Chicago, Detroit, LA, Portland and Seattle…..enough said! Get ready Menlo Park….Silicone Valley has infiltrated you veins and has now turned your blood into Leukemia that needs major doses of Chemo!