Film screening and discussion about “the S word” at Menlo Park Library on Sept. 23 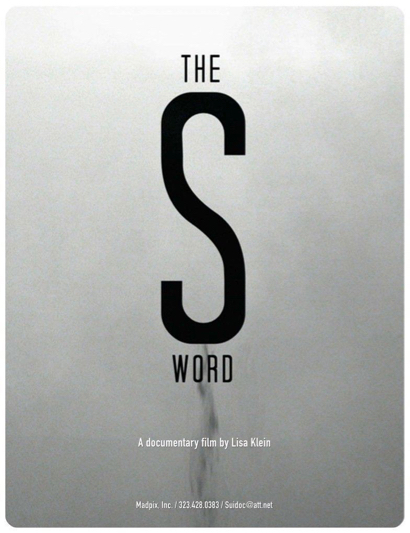 In recognition of Suicide Prevention Month, the Menlo Park Library in hosting a screening of the film The S Word in the Downstairs Program Room on Monday, Sept. 23, from 6:00 to 8:30 pm. It will be followed by a discussion facilitated by members of StarVista’s Crisis Intervention and Suicide Prevention Center.

The documentary follows a suicide attempt survivor on her mission to find fellow survivors and document their stories of courage, insight and humor. Along the way, she discovers a rising national movement transforming personal struggles into action.

In creating The S Word, the filmmakers’ goals were to:
-Raise awareness about suicide prevention and resources, including alternatives that reach outside the box.
-Expand the conversation about suicide to include everybody, because we have all been touched by it in some way.
-Talk openly about suicide without judgement, shame or discrimination.
-Get people to think about suicide in a completely different way – highlighting the complexity, pain and even humor of our survivors.

StarVista is a non-profit organization that has been helping people throughout San Mateo County navigate life’s challenges for over 50 years. Its Crisis Intervention and Suicide Prevention Center provides education and crisis intervention services for schools, a 24-hour suicide crisis hotline, an online teen support and chatroom, an alcohol and drug helpline, and a parent support hotline.