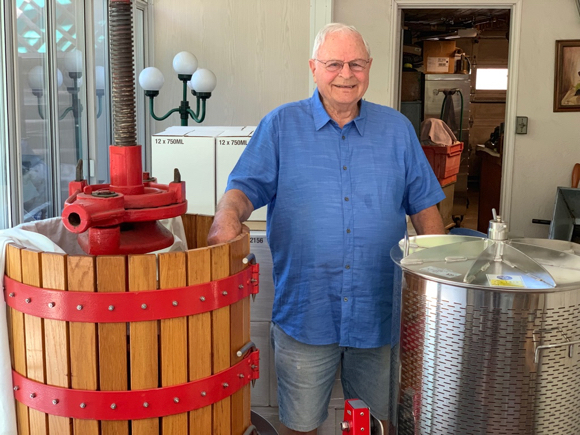 Bill Peterson, who’s lived in the same house in Atherton for 60 years, is a celebrity of sorts. It has nothing to do with his 30 years of service with the Menlo Park Fire Protection District. Instead, it has to do with the day he broke the law. 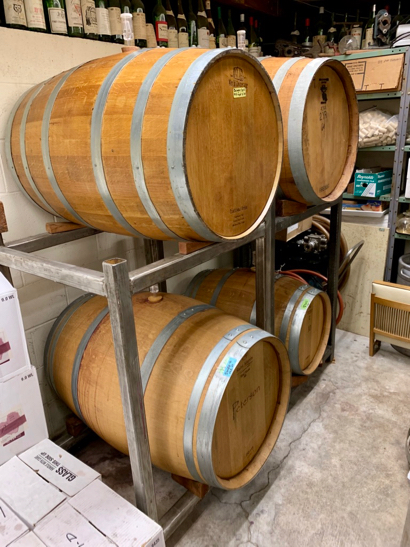 “I’d had trouble finding a red wine that I liked to drink with spaghetti, so one day I went searching for equipment and grapes and found myself on the Ridge Vineyards driveway,” he explained. “Technically, I was trespassing, and there’s even a short documentary called The Trespasser that you can view on You Tube.”

His wanderings at Ridge led to meeting winemaker Dave Bennion and acquiring his first piece of winemaking equipment, which, thanks to his talents as both a machinist and a magician, he was able to restore.

Jump ahead to today, and Bill makes over 50 cases of Zinfandel a year from wine making equipment spread out in various parts of his home. He buys his grapes — about a ton a year — from Benito Dusi, who was based in Paso Robles until his recent death.

“My goal is to create a clean, polished wine,” Bill said.

He distributes the Zin through a wine club, which grows through word-of-mouth. “I’m the man with the facility, and my club members are the recipients of my labor,” he said. “My dues are zero — they basically reimburse me for my expenses. My club is as friendly as it can be!”

What a data of un-ambiguity and preserveness of valuable
experience regarding unpredicted feelings.

Hi, Thanks for the terrific story. I give Mr. Peterson five stars for his spunk and spirit.

So how can a Zin lover (me) find his wine club information, when this article is my “word of mouth” introduction??
Thank you,
Susan

Glad to see Bill being discovered!!! He is a true gem, and his wine–devine!
His laugh is infectious and I love sitting and listening to his hilarious stories!
Cheers Bill!

Not only the best wine but the nicest and most interesting man!

Hey, Bill!
I’m proud to say I knew you before you were a renowned celebrity. I only wish I had the foresight to get your autograph back then.