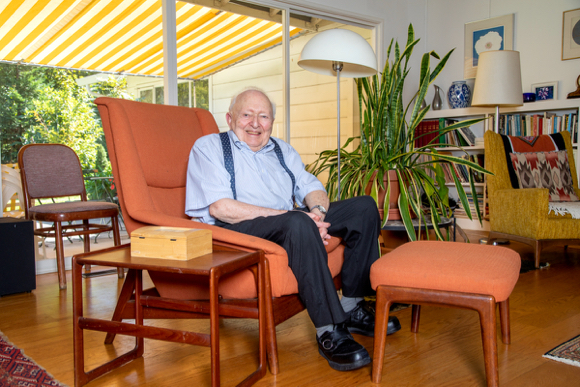 We arrived at Gregory Loew’s home in Atherton to talk about his new book, The Human Condition: Reality, Science and History, but our conversation was initially derailed by the news that Steph Curry had purchased a home a couple of houses away for $31 million. “It’s crazy because I paid $67,000,” Gregory chuckled, admitting that was a few decades ago, 1969 to be exact.

Before retiring, Gregory was a physicist at SLAC National Accelerator Laboratory. Starting in 1958, he was a member of the microwave circuitry team, one of many teams tasked with designing what was called “Project M,” (for “Monster” or “Multi-BeV ”), the venture proposed to study elementary particles with the largest instrument of its kind in the world — an accelerator distinguished by its length, high energy, and high current.

“There were a lot of skeptics at the time,” recalled Gregory. “The project was budgeted for $114 million. Eventually the resistance was overcome. I was one of the people who turned on the machine in 1966. It was one of the highlights of my technical life.”

After a 50 year career at SLAC, Gregory retired as SLAC Deputy Director in 2005. 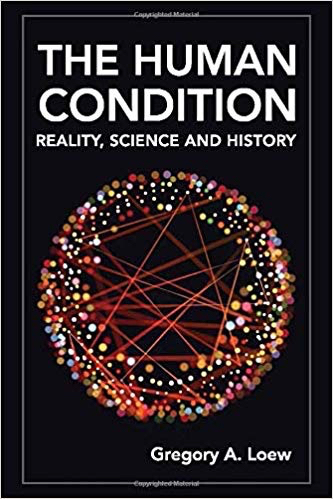 So, how did a physicist come to write a book about the human condition. Where was the intersection and what was the impetus?

Gregory explained that in the early ’70s, Stanford University decided to create a new curriculum for freshman and sophomores, and faculty were asked to teach something related to their field. At the time, he was an adjunct professor.

“I choose a long shot, proposing a class on the causes of war, why we get into wars for the wrong reasons,” he recalled.” It was accepted.

“The problem was that I was no expert in this field! So, I’d come home from SLAC and spend hours and hours reading — psychology, economics, arms control — topics like that. The class was well received and renewed for the next 11 years!”

Concurrently, Gregory got interested in the context of reality. “I started to study that, reading a lot about evolution and language,” he said.

“I never wrote down what I learned about building an accelerator, nor the causes of war or my interest in reality,” he said. “Drawing from all three is the basis of the book, The Human Condition.”

The book touches on the nature of reality as we experience it, the progress and limitations of the natural and social sciences, the development of war and religion, the question of free will, the chaotic nature of history, the possible future of science and technology, the risks of tinkering with our genes and mental faculties, how we may upgrade our system of education to improve our social woes, and what improvements we might make to our economic, political, and international problems.

“Evolution has produced an incomplete miracle: Homo, a species that can love, think, remember, talk, gain insight into reality, plan for the future, and produce amazing scientific knowledge and art,” Gregory writes. “Unfortunately Homo still suffers from dismal weaknesses and is not yet wise enough to protect its species from ultimate demise.

“We need a deliberate plan of action that builds on our intellectual and cultural heritages from philosophers, natural and social scientists, historians, educators, and the ideas of contemporary writers. The Human Condition proposes key elements of such a plan and how we may realize them.”

He concludes: “Homo has much work left to become Sapiens.”

Hi Greg,
Good to see you’re keeping busy and productive. I haven’t read your book yet but I will and I wish you as much good fortune with it as you’ve had on your real estate adventure in Atherton. As in most ventures, longevity is the key as Prof. Peebles mentioned recently in his Nobel interview so hang in there!
Best regards.
Jim Spencer