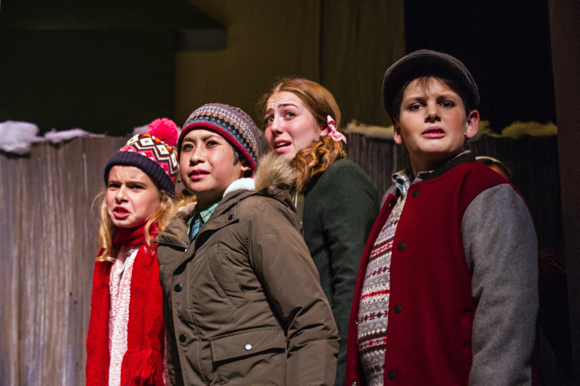 Menlo Park sixth graders Madeleine Chen, Sadie Evans and Misha Seeff are part of the cast in the hilarious, heart-warming show, A Christmas Story, The Musical, the 2013 Tony-nominated musical based on the 1983 film, as part of Palo Alto Players’ 2019-2020 season. The musical follows nine-year-old Ralphie Parker as he schemes his way toward the holiday gift of his dreams. 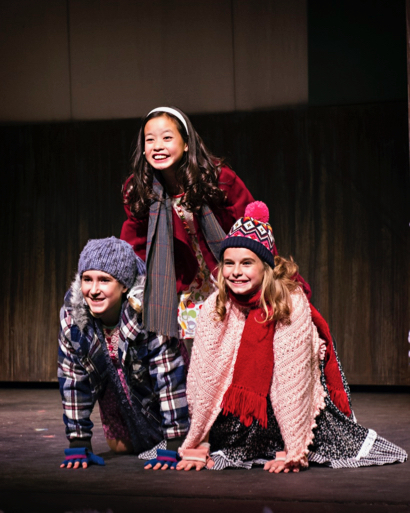 Madeleine, who plays Esther Jane, is in sixth grade at Castilleja School and loves musical theater, singing, dancing, basketball, soccer, and all things Kauai. She is making her debut with Palo Alto Players and will return in the spring  in Matilda.

Sadie, who plays Mary Beth, is also a sixth grader at Castilleja and is also making her community theater debut with Palo Alto Players. Sadie loves singing, dancing, musical theater and performing. She started dancing at a young age and will be in her sixth year as a dancer in Twas the Night in December 2019 and in Once Upon a Mattress with Castilleja School in January 2020.

A Christmas Story, The Musical runs through November 24 at the Lucie Stern Theater, 1305 Middlefield Road, Palo Alto. For information or tickets, visit paplayers.org or call (650) 329-0891.

Top photo: Misha Seeff as Schwartz is pictured to the far right.

Misha is one of my very close friends at Sacred Heart Schools,