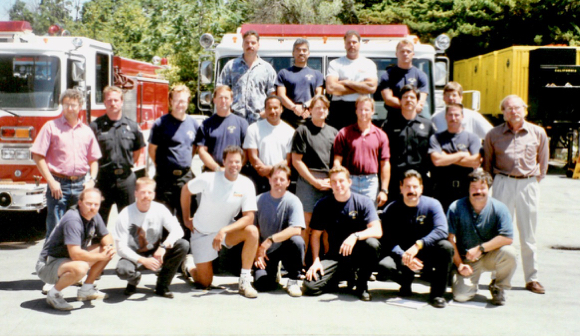 The Fire District provides essential emergency services and fire response to the Town of Atherton, cities of East Palo Alto, Menlo Park and unincorporated areas of San Mateo County and also on contract with the SLAC National Accelerator and Laboratories.

When a medical emergency is dispatched, the goal is for the Fire first response unit to be on-scene in four to six minutes, before the transport ambulance, which can take from nine to 15 minutes, arrives. Those critical moments, allow the Fire Paramedic to establish a treatment path and, most of the time, stabilize the patient’s condition.