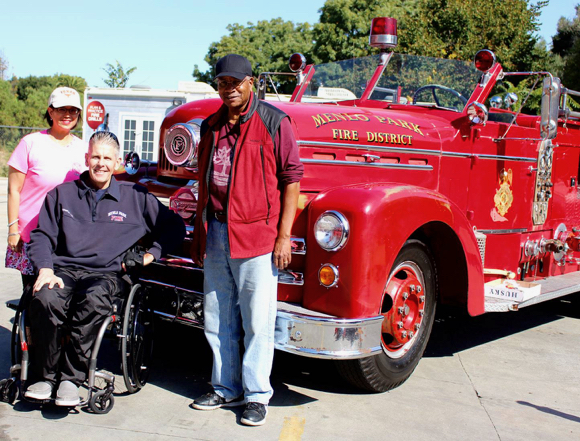 East Palo Alto resident Robert Jones is the new Board President of the Menlo Park Fire Protection District, following a unanimous vote by fellow Board members.

Director Jones has a background in real estate and was a founder of EPA CAN DO, whose mission is to create affordable housing and to promote community and economic development in the city of East Palo Alto. He has also served on the Boards of the East Palo Alto Community Legal Services and the Senior Center.

His background in civic engagement led him to seek out emergency preparedness training and become a member of the Fire District’s Community Emergency Response Team (CERT) for East Palo Alto, a group he would eventually play a leadership role in.

He was first appointed to the Fire Board to fill a vacancy in 2018, but then became the top vote getter when he successfully ran to fill one of two vacant elected seats. He served as  vice president in 2019.

“I really enjoy working with Director Jones,” said Fire Chief Harold Schapelhouman. “He’s very thoughtful and mindful about contemplating how something will affect the community as well as our firefighters.