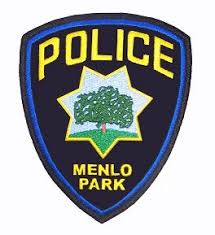 On February 26, 2020, Menlo Park Police Detectives arrested Katrina Thrash as part of an ongoing investigation into wallet and purse thefts. Thrash, a 27-year-old resident of Oakland, was taken into custody in the City of Dublin and transported back to Menlo Park.

Thrash was identified as a suspect during several months of investigation regarding thefts from patrons at Menlo Park supermarkets. The investigation revealed that Thrash would target unsuspecting elderly customers while they were shopping, and subsequently steal their wallets or purses.

The victim’s stolen credit cards were then fraudulently used by Thrash to purchase gift cards, high-end designer clothing and accessories, and electronics from various retail establishments. It was also discovered that Thrash would sell the fraudulently obtained gift cards to a third entity for cash.

Thrash is believed to be the primary suspect identified by police in additional similar thefts throughout Santa Clara, Alameda and San Mateo counties. The Menlo Park Police Department has recovered several additional items of evidence and is continuing to work with local law enforcement agencies to identify other incidents of criminal activity.

Thrash was booked into San Mateo County Jail on multiple counts of the following charges:

They used to steal from our Home Depot store in groups. (Thieves) Lock their asses up. I visit the Ocean Beach and Cliffhouse area and I see broken glass from windshields being broken by “smash and grabbers” so I have no sympathy for thieves. Lock em up. There is no excuse for stealing. None !!!