Jim Eade: Once a chess man, always a chess man – and now a chess booster, too 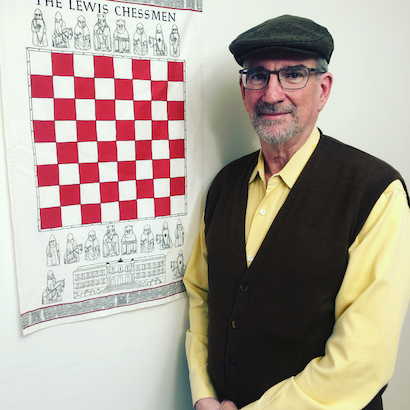 While Jim Eade credits his father with introducing him to chess and teaching him the moves, he considers himself to be part of the “the Fischer generation.” “When Bobby Fischer burst on the scene, all of a sudden everyone was playing chess,” he recalls.

Today the Menlo Park resident is a chess master who holds the title of FIDE Master. Over the years he’s organized tournaments and authored a number of books, including Chess for Dummies.

Chess was a hobby when he was in high school in New England, and he admits that he got very good very early. “I was highly rated and considered myself the next Bobby Fischer,” he says. “Reality sunk in when I went to New York City and encountered really, really good players.

“They were all older white men and they kind of adopted me. I hadn’t known my grandfathers so this was an opportunity to enjoy older male companionship.” 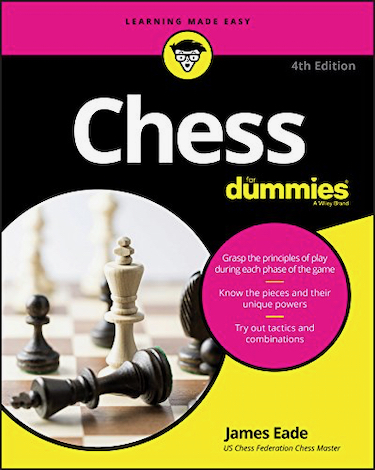 During college, Jim played in team competitions, which, he says, “cemented my life long love of the game.”

“Chess is a one-on-one sport; it’s you against the opponent. But in team competition, you’re rooting for every player on your team.”

After college he pursued a career in IT, which left him little time for tournaments, but he did keep up in correspondence chess. Once out of IT, he jumped right back into chess

He organized some international tournaments and lists the 1995 Pan Pacific International Chess Tournament as the ultimate feather in his cap. “It’s the strongest chess tournament ever held in San Francisco, won by Viktor Korchnoi.”

Amidst the global pandemic, chess is currently, as Jim says, “the killer app for the Internet. Competitive games are being played in real time, and I’m having a blast criticizing other people’s moves, even though I would probably have made the same move!”

Jim has long been interested in giving back “the game that meant so much to me as a teenager.” In 2019, he founded the Eade Foundation, based in Menlo Park, which he describes as “chess without borders.” “What I want to do is connect people to the chess community to enhance chess literacy and chess excellence.”

The Eade Foundation provide chess sets and boards to organizations that cannot otherwise afford them. “We consider chess a social good,” he says. You can donate online to support Jim’s efforts.